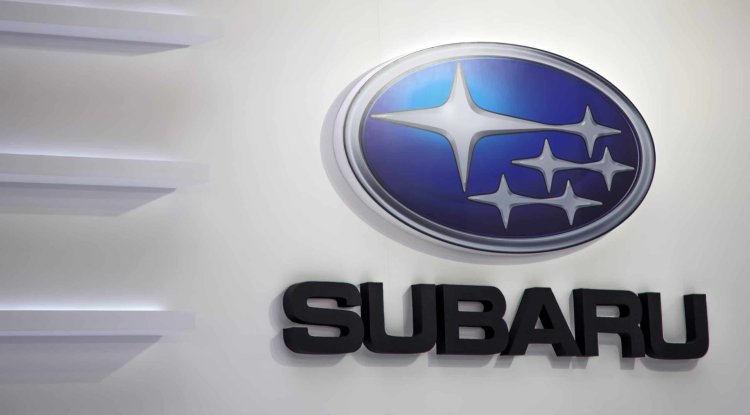 Subaru has remained distant from the electric future so far. In the meantime, the Japanese are actively pursuing the topic of electric drives. It all starts with the new Subaru Solterra, which debuted at the Los Angeles Auto Show in 2021. The Japanese collaborated extensively with Toyota during its development. Their model is known as the BZ4X. Subaru is now showing that the electric future might be rather sporty at the Tokyo Auto Salon, which is also a tuning expo. The Subaru STI E-RA Concept, which made its international debut at the tiny car show, marks the "electric era of the performance brand."

The Subaru STI E-RA Concept is a radically flat electric sports car with a deep front apron and a massive rear wing. It conceals a no less stunning diffuser, proving that the Japanese have big intentions for the E-RA Concept. After finishing the final development and testing on Japanese racetracks, the racer is expected to break a new Nürburgring record in 2023. Subaru's sports team STI has previously established an adequate benchmark for this: 400 seconds, or the equivalent of 6:40 minutes. Based on official Ring times, that would be a new record for a sports vehicle, previously held by the Porsche 911 GT2 RS with a time of 6:43.300.

However, in terms of technology, the Japanese have assembled an incredibly ambitious package: The Subaru STI E-RA Concept has a total power of 800 kW or 1,088 hp, which is divided across four electric motors, one near each tire. The setup's basic concept is as follows: Torque vectoring that is brutally efficient, i.e. the ideal distribution of driving force to each individual wheel, which may be controlled individually by the four electric motors. Sensor signals for wheel speed, vehicle speed, steering angle, acceleration force, yaw rate, brake pressure, and wheel load are also considered.

Yamaha Motors contributes a unique transmission that is designed to improve power distribution even further. The Subaru STI E-RA Concept stores energy in a 60 kWh battery, the specific location of which is unknown. Nobody at Subaru is willing to say whether a production model of the E-RA Concept is also in the works. The Japanese, on the other hand, point out that the E-drive RA's concept corresponds to the FIA standards for the upcoming electric racing series Electric GT (E-GT), which is set to begin in 2023. This means that a reunion with the E-RA Concept in racing is not out of the question!

What if there is a manufacturing model? The commercial Subaru E-RA would then be a technological twin of an electric Toyota MR-2 said to be in development alongside Suzuki and Daihatsu. At the very least, adding Subaru doesn't seem out of the question. Toyota, Suzuki, Daihatsu, and, most notably, Subaru do not yet have any technical details about an electric MR-2 successor.

The electric two-seater is unlikely to be based on Toyota's E-TNGA platform, which is utilized in the BZ4X and the Subaru Solterra. The Toyota athlete depicted, as well as the Subaru STI E-RA Concept, are simply too flat for this. As a result, the battery cells should be located behind the two passengers rather than in the underbody. Importantly, the E-TNGA is engineered for front and all-wheel drive.

Subaru's ERA concept aims to demonstrate, above all, that the signs of the times have been noticed. What the people want to see is an electric racecar cut for speed. And, with the torque-vectoring concept, which is based on four electric engines placed close to the wheel, Manufacturers are also exhibiting how the theory of all-wheel drive may be dynamically projected into the future.

However, in order to avoid being fully left behind in the electric era, Subaru must produce new models rapidly. Because development is costly and time-consuming, and cannot be refinanced, mainly in the sports sector, the only option is to rely on platforms and technology developed through collaborations. The link to Toyota has been established, and the spectrum of the multinational corporation provides a variety of starting points. And, because Toyota would be able to create larger numbers more quickly with another partner, the technology exchange would eventually benefit all parties.