A mysterious AMD processor has been revealed

Some manufacturers already have access to chips and are testing their potential - one such model was discovered in the BAPCo CrossMark benchmark database. 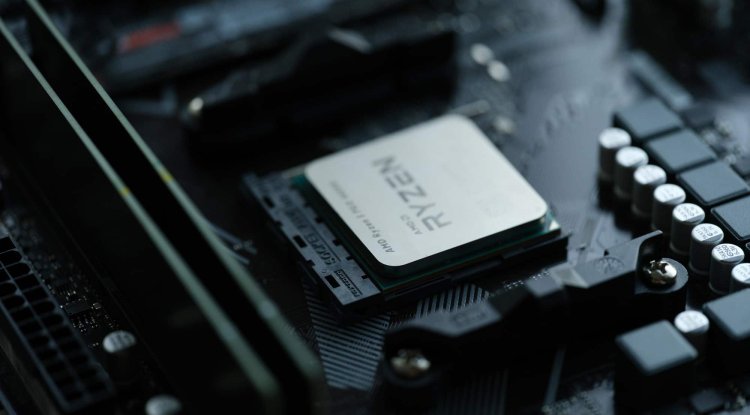 The new year will bring the premiere of new AMD Ryzen processors. However, it seems that some manufacturers already have access to chips and are testing their potential - one such model was discovered in the BAPCo CrossMark benchmark database.

A secret AMD processor caught in the BAPCo CrossMark benchmark

In the BAPCo CrossMark benchmark database, there are entries with a mysterious processor marked as AMD 100-000000560-40_Y - this is an engineering sample of the new model, which was equipped with 8 cores and 16 threads clocked at 4.0 GHz. The processor is installed on the ASUS M3402RA motherboard and is equipped with 16 GB of memory with a clock of 4800 MHz (operating in two-channel mode).

There are many indications that we are dealing with a new version of the ASUS Vivobook Pro 14 laptop with the AMD Ryzen 6000 mobile processor (Rembrandt generation) and new DDR5 RAM memory. Such a scenario would confirm motherboard designation and screen resolution in the tested device - 2560 x 1600 px (such screens are available in the current versions of Vivobook Pro 14 laptops with an OLED panel).

The processor's performance does not look very impressive - the chip reaches 1,436 points overall, which can be compared to the 8-core / 16-thread AMD Ryzen 7 5800H from the previous generation Cezanne or the competing Intel Core i7-10870H (Comet Lake). However, this is clearly less than the Core i7-11800H (Tiger Lake). It is worth noting, however, that the CrossMark benchmark favors Intel units, and in addition, we are dealing with an engineering sample of the chip (this one may offer a weaker specification).

When is the premiere of AMD Ryzen 6000 processors?

The manufacturer has not yet confirmed plans to release AMD Rembrandt processors, but there are already leaks on the network about the systems. The new generation of Ryzen will be based on Zen 3+ (6 nm) cores and offer a DDR5 / LPDDR5 memory controller and integrated graphics based on the RDNA 2 architecture.

Behind the scenes, it is said that the Ryzen 6000 Rembrandt processors will be presented at the beginning of January at the AMD 2022 Product Premiere conference (then we should also get to know the first models of laptops with mobile units).

We don't know about you, but we are already looking forward to presenting the equipment.