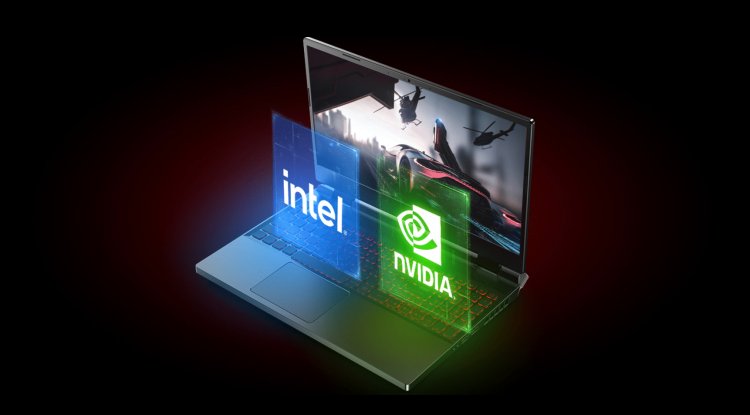 The gaming laptop from the Acer Nitro 5 series has arrived in an upgraded version with the 11th generation Intel Core i7 processor. The Nitro series belongs to the middle class, but the tested model does not compromise and offers an excellent combination of powerful processors and graphics cards.

The design has not changed much compared to its predecessor, it is rather more moderate. The back with the vents of a pair of cooling fans is decorated with a red accessory expressing belonging to the player series. In the middle there is only a dedicated power connector, the other ports are located on the sides and you will find three USB-A, one USB-C, full-format HDMI, Ethernet and 3.5 mm jack.

The top lid has a pair of moldings and the manufacturer's logo in the middle. Acer is to be commended for using a better finish this time and, unlike the previous generation, the surface is not prone to fingerprints. On the whole, the design is rather neutral, so it doesn't even offend the company meeting. The keyboard is a long type with a nice and widely adjustable RGB backlight, which is controlled via NitroSense software.

The touchpad without the marked buttons is quite large and located slightly to the left. The hinges are high quality and fix the display in any position. The notebook also excels in its extensibility. There is one M2 SSD slot and a free 2.5 "HDD / SSD; 2 × 16 GB RAM is housed in two slots. The notebook certainly did not disappoint during testing.

Due to the powerful hardware, in addition to playing games, it is directly offered for video processing. This was also confirmed when working with the video editor Blackmagic DaVinci Studio. The computer handled smooth motion when processing 4K video without the use of proxy files. The work with video, including computationally demanding subtitles and corrections, was nimble and seamless.

Eight cores with 16 threads, it is an ideal combination for video rendering, graphics processing, and many other tasks. The maximum operating frequency of up to 4600 MHz is also very important in such a deployment. Although the graphics card is not the highest model this time, you will definitely not miss the performance and it can handle even demanding games. Combined with a matte display with a frequency of 165 Hz, it is an excellent combination for undisturbed and high-quality gaming.

The display has improved a bit compared to the previous generation, but its priorities are still set more for high display speed than color quality. The audio part is compatible with DTS: X Ultra. The speakers deliver good performance, but the "real nut" is, of course, with the headphones. Players are usually used to headphones, so that's not a problem.

Even at the highest load, the equipment does not overheat and the noise level of the fans is kept at an acceptable level. Users will also appreciate the good extensibility. Whether you work on a laptop or play games, there is never enough disk space.

The excellent port equipment is complemented by communication capabilities represented by the latest version of Wi-Fi 6 802.11 axes, Bluetooth 5, or Gigabit Ethernet.

The power supply is provided by a Li-ion battery with a capacity of 57 Wh, which, however, will be used mainly for less demanding tasks. When playing games and other computationally demanding tasks, its endurance decreases rapidly and you can easily get under 7 hours. However, this is a pain for all gaming laptops, physics cannot be fooled and it does not make much sense to equip a laptop with a large and heavy battery that would be more of a burden. It is better to use the supplied 180 W power supply when playing games.