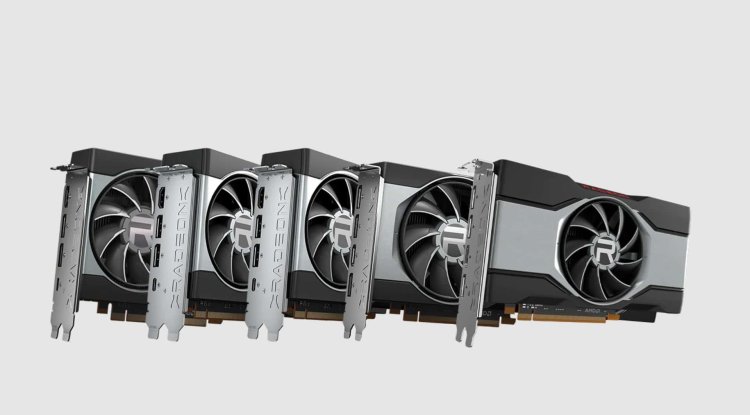 According to numerous reports, including Videocardz.com, AMD is planning to upgrade its RX 6000 graphics card series this summer, just a few months before the arrival of the all-new generation GPU RX 7000.

At first glance, this may seem counterintuitive; GDDR6 memory (18GB/s instead of 16GB/s). This is a little improvement that AMD could easily overlook, so what could be the reasons for it?

Although it is a low-end model, AMD has already outfitted it with faster 18Gb / s memory, whilst higher models rely on 16Gb / s modules. This appears to be counterproductive since AMD could save money on this component as well, but the option implies that faster memory is currently more affordable or cheaper than slower modules.

It is customary for chip manufacturers like AMD or Nvidia to purchase GDDR memories for their partners and offer them all together as a package. AMD may be concerned about the decreasing supply of 16Gb / s processors, but it does not want to risk the manufacture of RX 6000 Series GPUs.

This is because it will be incredibly beneficial for the corporation, particularly in today's availability situation, to maintain the old generation of cards in production at the 7nm production process while also producing the RX 7000 series at the 5nm (or 6nm) production process.

As a result, production capacity for the two generations will not be lost, and AMD will make more chips.

If the RX 6000 series is just refreshed with new memories (and renamed RX 6X50), the new graphics should be available around June or July. Unfortunately, if nothing changes on the chips themselves, which are the main source of the scarcity, a refresh will not enhance supply considerably.

It will also most likely not provide a big gain in performance, which will occur in the autumn with the RDNA 3 chip architecture, and Nvidia will also bring its trump cards.