AMD only in the rearview mirror thanks to Alder Lake

The Intel boss strikes back: In a video that has largely gone unnoticed so far, he sees AMD as defeated thanks to Alder Lake. 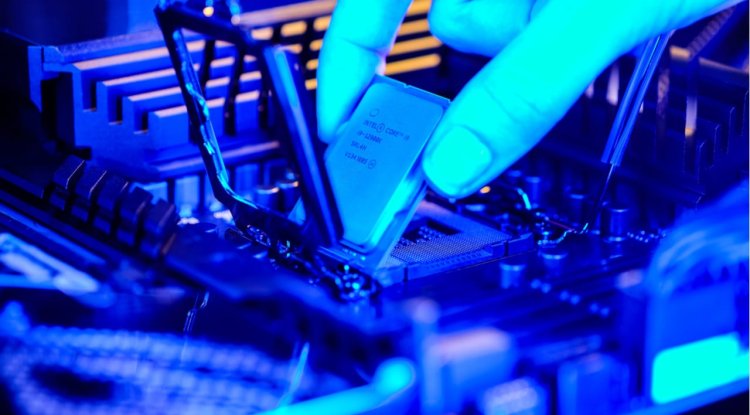 The Intel boss strikes back. In a video that has largely gone unnoticed so far, he sees AMD as defeated thanks to Alder Lake. And Intel shouldn't give up the lead at all if it's up to him.

Intel CEO Pat Gelsinger is not at a loss for pithy words. Most recently, at the beginning of December, Gelsinger, who has been in charge of Intel's fortunes for a good year, spoke of the undisputed market leadership thanks to Alder Lake. The statements that Gelsinger made a good two weeks ago in a largely unnoticed video on LinkedIn go in a similar direction.

Among other things, it is thanks to Tomshardware that the content of the video has now reached a wider public. The video was published on Linked In as a review of the year by Gelsinger, who is addressing Intel employees in particular in a Christmassy mood and appropriate outfit. Since the video is publicly accessible, other Linked-In users can also watch it, so there is a very mixed picture of the comments below the video.

It gets interesting from about 2:40 in the video, this part is introduced with "best chances are yet to come". This is client space and Gelsinger reiterates his enthusiasm for Alder Lake, which he has expressed in previous videos. Alder Lake came "suddenly" with a "boom" you are back in the game. We reproduce the following statement in the original:

"AMD in the rearview mirror in clients and never again will they be in the windshield; we are just leading the market."

Translated, this means that Intel only sees AMD in the rear-view mirror, i.e. is in the lead. And AMD would, therefore, "never manage" to get to the windscreen. Intel "just leads the market".

This euphoria is not well received by all commentators. The mood oscillates between "excellent video" and "staggering arrogance on the part of Intel". As early as December, Gelsinger spoke of "undisputed market leadership" without naming specific market figures. Gelsinger pointed out that "some" benchmarks have a lead of between 10% and even 50% or 60%. That is "like in the heyday of Intel". You have the "best product, you have the manufacturing capacity, and you're gaining shares." Above all, compliance with the ambitious production roadmap is likely to be important. Alder Lake with Intel 7 will continue to be rolled out, Intel 4, ie Meteor Lake, also looks good. And Intel 3, 20A and 18A are also ahead of schedule,