AMECA HUMANOID - More real and scary than others? 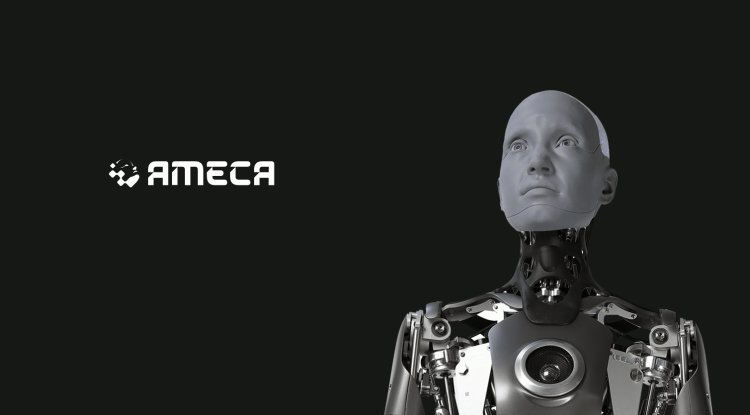 The population of humanoid robots is slowly growing, as Boston Dynamics ’Atlas is no longer the only one.The dream of machines that remind people is nothing new, but the ideas have finally been translated into reality.

Robots are thus more and more reminiscent of humans, and the most important thing in that is facial expression - man differs from other beings precisely in that. The Ameca robot from Engineered Arts recently joined the group, and the video shows that the new machine is more realistic than its predecessors.

With reality comes fear. Namely, there are many who claim that robots will be responsible for the end of humanity - they will take over our jobs, replace doctors and miners, keep us company instead of friends, relatives, and even partners.

It is logical that what looks like people and is not human, is a little scary, especially if it has convincing facial expressions. A YouTube video shows Ameca waking up and immediately showing confusion and dissatisfaction - just like a man who leaves the realm of dreams against his will. Okay, almost like a man.

See the reels on our Instagram profile, how Amica is behaving https://www.instagram.com/zexronnews/amicareels

It is the moment when Ameca sees his arms and legs for the first time, so he opens his mouth and raises his eyebrows in surprise. When she realizes that all the body parts she sees are hers, the robot smiles and extends his hand to the viewer, who is overwhelmed with delight or astonishment, depending on what he thinks about robots.

Ameca, however, cannot walk and perform stunts like the robots of Boston Dynamics, which probably means that she will not interfere with people soon. Experts from the company Engineered Arts say that at some point they will get that ability, as well as AI elements, and the creators have focused on the realism of the body for now.

Engineered Arts has another humanoid robot named Mesmer, which was made with the help of 3D scans of real human faces, in order to get the most accurate features. He also copes well with facial expressions, so he is even more convincing to some than Ameca.

Robots like this are mostly used to entertain spectators at various events, so they do not belong to the group that was made for special jobs and that could one day push human workers out of some occupations.

It is known that even now robots are becoming influencers, maybe this is the future?