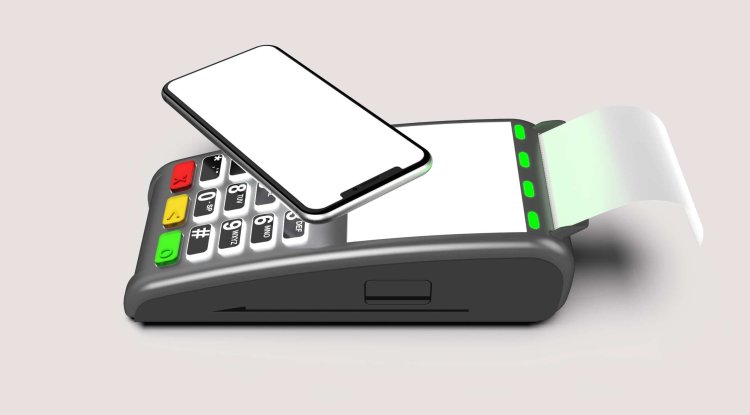 The giant of the bitten apple has announced "Tap to Pay," a new feature with which Apple has turned the iPhone into a dataphone, and thanks to this feature, we can make and accept payments using a smartphone, and without contact, though it will be limited to a series of specific models.

Right from the start.

The first point to make is that «Tap to Pay» will not require any additional software or hardware. According to Apple, all you need is a compatible iPhone and a credit or debit card. We can even use another iPhone or even an Apple Watch to make and accept payments, bringing one iPhone closer to another to make a payment. We bring the card, iPhone, or Apple Watch closer, and that's all there is to it.

Apple has stated that this new functionality will be available to developers as well, which implies that developers will be able to integrate it as a payment option in their own applications if they so desire. It goes without saying that for individuals, this additional function translates into increased comfort and security. It is also a key value for professionals and freelancers since it allows them to do away with the traditional dataphone.

This service will be compatible with an iPhone Xs or later, as well as major credit and debit cards such as American Express, Discover, Mastercard, and Visa, according to Apple. This translates to widespread acceptance, but keep in mind that Apple has also stated that, in the end, this function will be compatible with "another sort of digital wallet" based on NFC.

In terms of supported iPhones, we can observe that only the most recent models are compatible with Apple's "Tap to Pay" ( the iPhone Xs arrived on the market in 2018 ). The iPhone X, iPhone 8, and iPhone 8 Plus, as well as all preceding versions, are not included.

Apple could have fine-tuned the assistance in this area a bit better, but in any case, it is nothing new in the Cupertino universe, and it is that the most powerful functionalities are usually limited to the most contemporary devices and equipment.

In terms of security, Apple has stated that this payment option uses the same protection measures as Apple Pay, which means that any transaction we make is encrypted and processed using a "secure element," an integrated circuit tested handling that ensures the operation's integrity and safety.

The implementation of "Pay to Tap" will commence in the United States first, and will be used later this year.