The former model, television, and movie star has a lot more to offer than a pretty face. Recently, Ashton Kutcher has gained a reputation as the most experienced Hollywood technology investor, and he is willing to share his investment wisdom with all those interested. 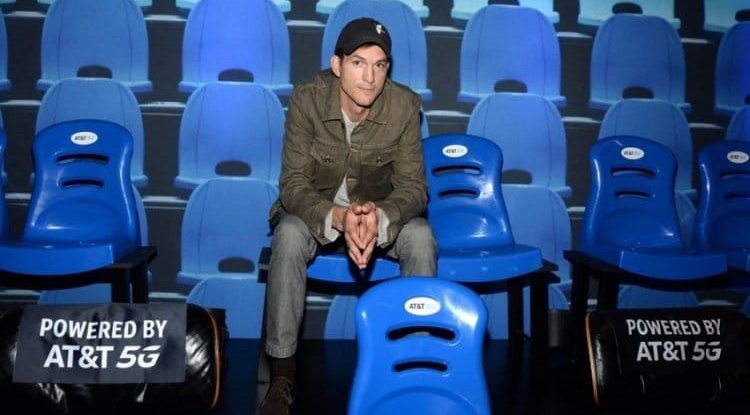 Although best known as an actor, to 42-year-old Kutcher, this is just one of many paths in his career so far. He is also a producer, entrepreneur, philanthropist, with different ventures in each of these areas. In addition, Kutcher is a very serious investor.

He may not be the first celebrity to successfully invest, but in just over a decade of presence, Kutcher has gained investment fame in Silicon Valley, making him the most active investor among celebrities and arguably the most experienced Hollywood tech investor.

From turning a fund of $ 30 million into $ 250 million over six years, to early bets and investing in Uber and Airbnb, Kutcher has built a successful and lucrative investment career.

Kutcher showed the power of raising money in his youth

As a child, he balanced between several jobs such as mowing the lawn, housework, and washing dishes. As he told Grow, the blog application for micro-investment Acorns, of which he is the investor, at the age of 13 managed to save $ 1,400 for snowmobiles. ‘I worked after school and on weekends for a year and a half and every penny was deposited into a savings account,’ Kutcher explained.

He grew up in Iowa, in a working-class family. His father worked in a meat processing factory and his mother was a teacher. While studying biochemical engineering at the University of Iowa, he was recruited as a model, which eventually allowed him a breakthrough into acting waters.

Today, Kutcher has more than $ 3 billion invested in start-ups behind him and has participated in 177 rounds of funding over the past decade, making him the most active Hollywood investor angel in Silicon Valley, according to Business Insider.

‘Focusing on this simple goal of identifying and enabling amazing entrepreneurs to create a better tomorrow is at the core of my investment strategy,’ Kutcher wrote in his blog for Atrium, a legal and technology start-up.

‘I spend a lot of time thinking about new and simpler ways to work, but I don’t have enough time to realize all these ideas. That's how I found the people who executed them and I invested in their success, 'Kutcher told Grow.

Consumer technologies are especially attractive to him, he revealed in 2013 for The Telegraph.

‘Companies that will end up doing well are companies that are looking for happiness. If you find a way to help people find love, health, and friendship, you will achieve it with a dollar, 'said Kutcher.

However, his campaign as an angel investor began when he founded the manufacturing company Katalyst in 2000, prompting connections in Silicon Valley. For digital technology chief Katalyst, Kutcher brought in a man from TechCrunch, who introduced him to big names in Silicon Valley. ‘I spent 90 percent of my time just listening,’ Kutcher told Forbes.

He soon became acquainted with the technology scene, and in 2009, at the request of billionaire Marc Andreessen, he invested a million dollars in Skype, a year and a half before Microsoft bought the company and quadrupled its value.

His life and way of investing was changed by his mentor

His investment career has reached a new level, Kutcher said, after turning to Silicon Valley investor Ron Conway for guidance.

‘We’re talking about one of the godparents of angel investment. He completely opened up his investment portfolio to me and really started explaining to me how things work and what his strategy is. He was probably my biggest mentor, 'Kutcher said on his A Plus news and entertainment website.

Kutcher and Oseary each invested $ 1 million of their own money in the company, while Burkle invested $ 8 million. A-Grade has also received support from experienced technology executives such as Salesforce CEO Marc Benioff and businessman Mark Cuban. According to TechCrunch, A-Grade focused on investing at an early stage, and Forbes wrote about how start-ups a company invests in must have three defining characteristics:

Although there have been several failed investments along the way, such as BlackJet and Fab.com, A-Grade has made a lot of successful investments. Among other things, they invested half a million dollars in Uber, 2.5 million dollars in Airbnb, 3 million in Spotify, 300 thousand in Warby Parker, and 1.5 million in Houzz. These are all multibillion-dollar companies today.

Kutcher and Oseary took a more formal approach to risky investments in 2005 and co-founded Sound Ventures with $ 100 million to Liberty Media.

‘Investing someone else’s money rather than your own allowed them to invest more, invest in start-ups at a later stage, and invest more money in investments that increase subsequent rounds,’ states TechCrunch.

Since 2017, Sound Ventures has, according to The Wall Street Journal, managed more than $ 100 million in investments. By 2018, the company had made more than 50 investments and led six rounds of financing. The company’s portfolio includes Neighborly, a start-up for municipal bond financing, and OpenGov, a financial technology company for local governments.

Kutcher and Oseary told Forbes they are taking a ‘normal transfer’ from Sound Ventures, probably two percent of the money invested and 20 percent of the profits, plus performance bonuses.

That same year, Kutcher was a guest on the show about investments Shark Tank. At first, he hesitated about coming, but he thought it might provide an opportunity to bring in an audience that doesn’t normally watch it. ‘It’s really about entrepreneurship and in my opinion the American dream: that you can start something with very little and build something big,’ Kutcher told A Plus. Eventually, he shared with Judge of Shark Tank Lori Greiner a $ 200,000 investment for 15 percent of each Bee sold, a shoulder strap that holds the baby bottle in the optimal feeding position. Greiner used her expertise to improve packaging and presentation, while Kutcher took advantage of the recognizability of his name, the huge reach on social media, and the role of the new dad to bring Beebu the necessary customers.

Kutcher is guided by three rules when investing, all of which focus on what he sees in entrepreneurs

The first rule is that entrepreneurs must have a close understanding of both their product and their industry, he told A Plus, adding that they must also have a personality that will allow them to withstand failures and setbacks.

'You can have the best idea in the world and absolute expertise in the domain, know how to do everything right, but if you want to do something great in the world, there will be obstacles - and you have to be a person with ingenuity and pure willpower to get through those times', said Kutcher.

The third rule is that the entrepreneur must get along well with it.

But the real key to stimulating his interest has to do with how well an entrepreneur can start a compelling story, Kutcher said at TechCrunch’s 2018 Disrupt SF event.

‘One of the critical tests I’m trying to perform while sitting across from the founder is‘ Can you sell me your idea? ’’ Kutcher said at the conference.

According to Kutcher, a company’s ability to transfer mission determines whether it manages to catch the greatest talent in a competitive job market. Telling the story of a company at an early stage is considered an integral part of its future growth.

‘If you can’t sell it to me, how are you going to sell it to your first, second, or third employee? How will you create the capacity for your team to stay and sell it to the next employees? ', explains Kutcher.

‘Invest in things you know. If you drink beer all the time - if you go to small breweries and try all kinds, you probably know which beers are the best, and my advice is to always invest in what you know, 'said Kutcher, emphasizing this in an interview with Grow.

For what you don't know, says Kutcher, find out everything you can. ‘Know what you don’t know,’ he said via his Atrium blog. That includes asking stupid questions, which he just advised recently at the QuickBooks Connect conference. He said that when he is first introduced to key players in the tech world, he asks every question that comes to his mind.

Learning also requires attention. ‘If you work in a store and you see something fly off the shelf, find out who made it. Find out why it flies off the shelf. Investigate how much it takes to know if it will be something with ultimate value, 'Kutcher told Grow.

He added that you should invest in what you want to see become a reality, but that you approach your vision carefully. ‘In the worst case, you lose money, but at least you’ll get the life you want,’ says Kutcher.

As for implementation into reality, Kutsher says that despite the importance of having a vision, it’s always better to make a plan. At the QuickBooks Connect conference, he advised you to start with what you can do next to finally realize your vision. In other words, write down the details that lead you from point A to point B.

‘Take the time to meet people, to discover what motivates them, what their challenges are. These things are very often neglected. Investors are so preoccupied with income and numbers that they forget that it is a real privilege of their position to share the trip with exceptional people, 'he told Grow.

His philosophy about investing, as well as about life in general, goes all the way back to his roots in the Midwest so he said he wants to give back to those who need a helping hand.

‘I am very grateful for the things I have. I always fight for little people, no matter what, because I always feel like a little man. If you are lucky enough to do well, it is up to you to help people who are struggling to catch the first rung on the ladder and to start their ascent, 'said Kutcher.