At a recent presentation in Los Angeles, Audi presented its concept car of the future - Skysphere. Its designer Gael Buzyn simply said at the opening: "I welcome you to the future." 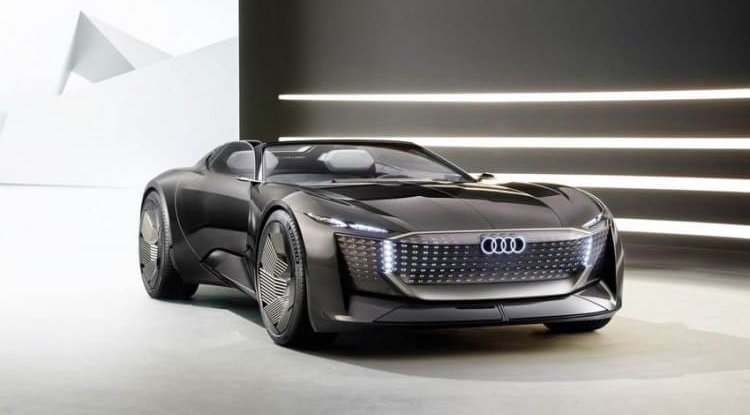 An ace up its sleeve

Skysphere is the first of the company’s three new concepts when it comes to the future of electric cars, to which Audi presents its vision of luxury autonomous transport in the years ahead. What makes Skysphere different from others is the possibility of transformation from a luxury sedan to a sports car, which drives you where you want, where you have complete control over all operating parameters.

At the touch of a button, the steering wheel and foot controls appear below the dashboard, which is split in half, putting the driver in the spotlight. In addition to the interior, the front wheels move backward and the distance between the front and rear is reduced by 22 centimeters, while the hood panels and door elements are folded under the intended parts to complete the transformation.

In the standard GT version, the Skysphere is almost as long as the Audi A8 L sedan, while in Sport mode it is reduced to the size of the A6 model. A very long hood divides in the middle and opens space for the front trunk, while at the back there is a special place intended for luggage sufficient for a weekend outside your home.

The interior is covered with a combination of upturned microfiber leather and eucalyptus wood (don't worry, we saw it for the first time now). The soft top is easy to remove, and in the compartments behind the front seats, there are a pair of cashmere blankets in case passengers get cold at some point, for example, while watching the sunset on the seashore. The large 55.7-inch digital display also allows you to enjoy movies and series when taking a break.

The car designer said that it is interesting that he designed this car around the interior, relying on the ultra-luxurious Horch 853 from 1930, the company from which Audi later emerged. On the outside, the Skysphere looks modern, with a one-piece grille behind which are a large number of LED bulbs, which behave differently depending on whether the car is in GT or Sport mode. We can't help but notice that this car irresistibly resembles the Batmobile models from the series of films about the Dark Knight.

It is very interesting that despite the recognizable Audi Quatro all-wheel drive, as in the Audi A6 E-Tron model, Skysphere is powered only by the rear wheels, which allows a specific type of driving, especially in sport mode. The battery inside has a capacity of more than 80 kWh, and one electric motor develops 624 horsepower, which brings this dragon from 1.8 tons to 100 km / h in 4 seconds. According to estimates, the single-charge battery can be expected to provide 500 kilometers of European WLTP driving test, which is impressive.

To recall, the European WLTP test combines slow, medium, fast, and very fast driving, in order to create a standardized environment for testing things like consumption or autonomy and to replicate realistic driving conditions for all manufacturers. In this way, it is possible to realistically compare and standardize the testing process that is now changing the old NEDC test established in the 1980s.

The Audi Skysphere car's battery is located behind the cab, allowing a weight distribution of 40:60 back and forth. What is not possible for now is to take the wheel in GT mode, but for that, you have to switch to Sport mode, but that is why the whole transformation process is possible while driving.

This possibility of a car with "two faces" is not a completely unknown concept, but we like the story that Audi is preparing for the future, because they believe that people, regardless of autonomous driving, will still like to sit behind the wheel and enjoy driving. For now, Skysphere is a concept that will have a public premiere in the next few weeks, and we will have to wait at least a few more years for this car to drive and appear on the streets.