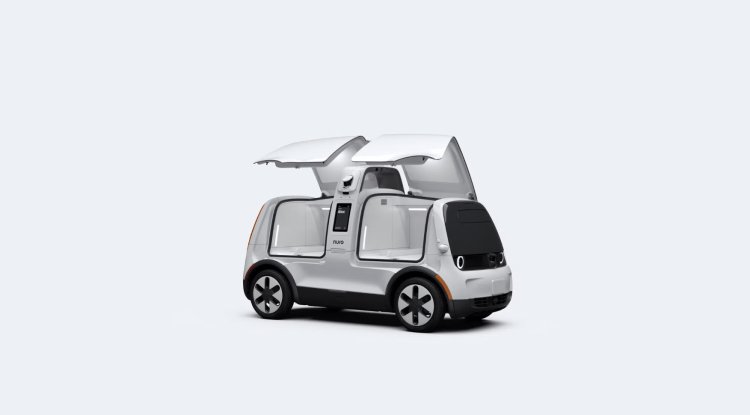 Nuro vans have been operating in certain parts of the United States for more than two years, and their third generation is the most advanced to date and has an interesting safety feature.

Since 2019, the Silicon Valley startup has been slowly introducing its autonomous driving technology to small specialized vans in various tests and limited applications. One of their first tasks was pizza delivery in Houston, and since then they have partnered with several well-known American supermarkets and fast-food chains on autonomous delivery to customers ’doors.

The van that Nuro is developing and producing can operate completely without human supervision and is now in its third generation. It is safer, more environmentally friendly (powered exclusively by electricity from renewable sources), and can deliver up to 250 kilograms of cargo at a time. Since this cargo is most often food, Nuro's vehicles have a heating and cooling system that can keep food compartments at the desired temperature, from -5.5 ° C to 47 ° C, as needed.

Protecting the most vulnerable

The latest version of the vehicle also received a significant safety upgrade in the form of airbags. But, unlike conventional airbags that protect passengers in vehicles, this is not necessary here, because there are no passengers in the vehicle. Therefore, airbags are placed on Nuro's robotic cars from the outside. They were produced by the Swedish company Autoliv, which deals with car security systems.

The purpose of outdoor airbags is, as expected, in the event of an accident to protect vulnerable road users - primarily pedestrians, cyclists, and motorcyclists. This group accounts for more than half of all traffic fatalities in the world annually, so extra attention will be paid to this.

Nuro was the first autonomous vehicle manufacturer to be licensed to test vehicles on U.S. roads, the first to receive a commercial license to operate in California, and will now be one of the first to install outdoor airbags on its vehicles. As part of an active safety system.

Zoox has spent the previous few years working on developing its autonomous vehicle's identification and movement skills, and according to the business, it is capable of making precise movements such as "dodging double-parked vans" or performing "complex U-turns." Zoox also claims that their vehicle is the first to reach a speed of 120 kilometers per hour, therefore they want to be able to travel on highways as well.

The Zoox robotaxi is fitted with six LIDAR devices in the upper portion of the vehicle that allows the distance from a laser emitter to an object or surface to be determined using a pulsed laser. These lasers are used in conjunction with various radar sensors and cameras. This provides a 270-degree field of view in every direction. It completely eliminates blind areas and provides redundancy in the event that a sensor fails. Furthermore, according to Zoox, all of these sensors allow the vehicle to see up to 150 meters away.

Zoox robotaxis have a 133kWh battery, which is somewhat more powerful than the current Tesla, and they promise to be able to last up to 16 hours of continuous operation.

Amazon's next goal is clear: transform transportation and, with it, current delivery systems. It presently has its own infrastructure to manage its shipments, and it has also invested heavily in the Rivian company, which is specialized in electric cars and is working on the establishment of a fleet of electric vans.