According to reports, the Chinese manufacturer Jingjia Micro was able to complete the test and validation phase on the first copies of the JM9 series. 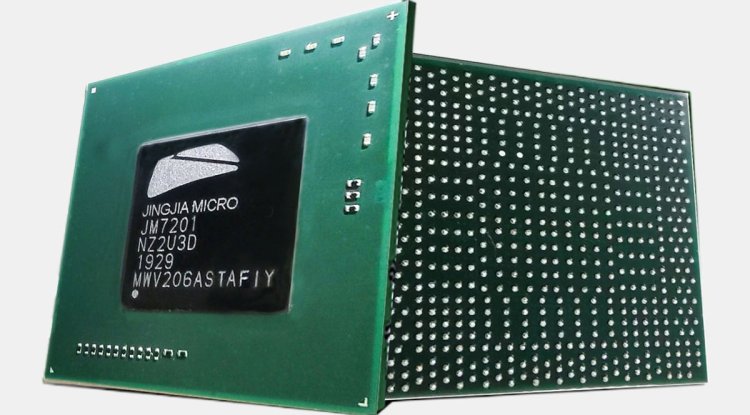 According to reports, the Chinese manufacturer Jingjia Micro was able to complete the test and validation phase on the first copies of the JM9 series. Behind it are probably the fastest GPUs made in China. In theory, they can roughly match the performance of the Geforce GTX 1050.

The Chinese company Jingjia Micro has been working on its JM9 series for years. Now the first GPUs should have successfully passed their test and validation phase. According to the manufacturer, the GPUs achieve a computing power of 1.5 teraflops with a single level of accuracy. While the fill rate is specified as 32 GPix / s, the transfer rate is 128 GB per second. The GPU clock should amount to 1.5 GHz. In addition, there are 8 GB memory and a PCIe Express 4.0 interface on the plus side - this is, however, only connected with eight lanes. Since the JM9-GPU has performance within the range of the Geforce GTX 1050 says the interface should be more than adequate.

China graphics cards will soon be as fast as Geforce GTX 1080?

The JM9 follows the JM-7 series, which was still produced in 28 nanometers and roughly achieves the performance of a GT 640. This would make the GPU newcomer the fastest model developed in China to date. The manufacturer has not revealed which process Jingjia Micro uses to produce its JM9 series. Due to the power consumption of fewer than 30 watts, we suspect that a 14 nm process from the Chinese semiconductor manufacturer Semiconductor Manufacturing International Corporation, or SMIC for short, is being used. The GPUs are not intended for end customers such as gamers. For example, a military purpose is conceivable.

According to older reports, Jingjia Micros is two-pronged with the JM9 series. The JM9231 and JM9271 were in discussion. The former is likely to be the GPU that has just been introduced. However, behind the JM9271 there is supposed to be a much faster chip. This GPU should achieve 8 TFLOPS and thus the performance level of a Geforce GTX 1080. With 200 instead of 180 watts, the consumption would be somewhat higher than with the old Nvidia model. The Geforce GTX 1080 has already been around for a few years (the JM9271 should also appear first), but it is noticeable that the backlog of Chinese companies is shrinking. In a few years, Chinese GPUs may also be an alternative for gamers.