The Corum Bubble is one of the most original and fun watches of the 21st century. A limited edition with the image of a luminescent skull celebrates 21 years. 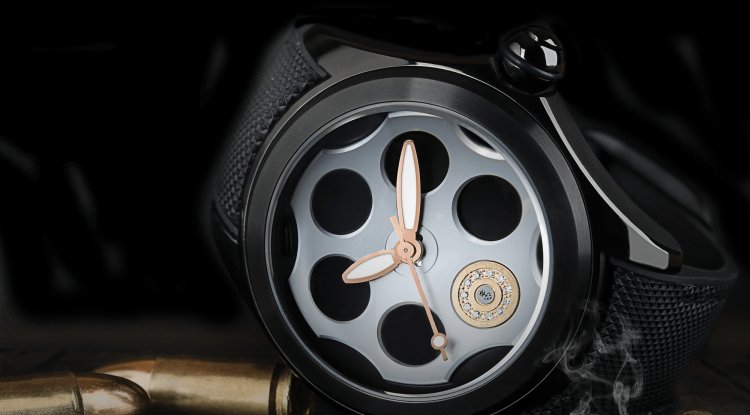 A pleasant surprise for fans of the most creative and fun watchmaking. Corum recovers its great Bubble on its 21st anniversary, the age that formerly marked the passage to adulthood. The Corum Bubble is quite possibly one of the most recognizable designs of the 21st century. Unlike other modern icons, this is a watch that leaves aside the mechanical part to focus on design, but what a design!

Let's do a little memory before talking about this novelty. The Bubble was presented by Corum at the Basel fair in 2000. It was the personal creation of Severin Wunderman, the Belgian-American businessman who had bought the firm that same year. For those who do not know the history of Wunderman, remind them that we are talking about one of the great names in modern watchmaking. Genius and irreverent, Wunderman was able to translate his passion for art into the world of watches with extraordinary success. He first succeeded with Gucci, whose managerial earnings enabled him to fulfill his dream of acquiring Corum.

Until then, the La Chaux-de-Fonds firm had been characterized by a creative vein that led it to become a great reference in watchmaking in the seventies. Wunderman recovered that imaginative side of Corum and enhanced it as creations like this Bubble. The watch's originality lies in its domed, domed sapphire crystal. Its creator cited "a diver's watch from the 60s" as the main source of inspiration, saving the name of the brand of said piece. Although it does not take an expert in the field to recognize in the Bubble the forms of the mythical Deep Sea Special Prototype that Rolex used in its collaboration with the divers of the Trieste bathyscaphe.

THE CLOCK OF SIN

The domed glass marks the personality of the Bubble and also its aesthetics. Any element of the cover is distorted before our eyes due to the enormous curvature of its surface. Far from being a problem, this particularity of the watch has been used by designers to enhance the originality and irreverent component of the watch. In this way, the more traditional covers gave way to curious, funny and, it must be said, provocative illustrations in which there have been references to sex, death and money.

Severin Wunderman passed away in 2008 at the premature age of 69. Its disappearance presaged a gradual decline of the Bubble in the Corum catalog to the benefit of other references more in keeping with the new times. It is also true that a total disappearance of the watch would have been an important door in the current DNA of the brand. This is how its current managers saw it, who in 2015 opted for his return to the present with the same fun and insolent character that he had in his beginnings. This new reference confirms that we will still have Bubble for a while.

Presented in a limited edition of 88 pieces, the X-Ray maintains the technical characteristics of the most recent installments in the collection. We are facing a large watch that does not go unnoticed. The black steel case goes up to 47 millimeters in diameter, with a height of no less than 18.50 millimeters due to the curvature of the glass. The caliber is an automatic movement with basic time indications. Whoever wants complications already has other Corum references to choose from.

The dial recovers the skull, one of Wunderman's own favorite themes for his watches. The originality on this occasion lies in the use of luminescent paint that makes its image shine when the watch is in the dark. An effect very similar to that produced by the X-rays that give the watch its name. A visual effect that explains well why the Bubble is a watch that leaves no one indifferent.