The zombie parkour title Dying Light 2 was only released on February 4th, but the developers were no slouch. Patch 1.0.6 has already been released. 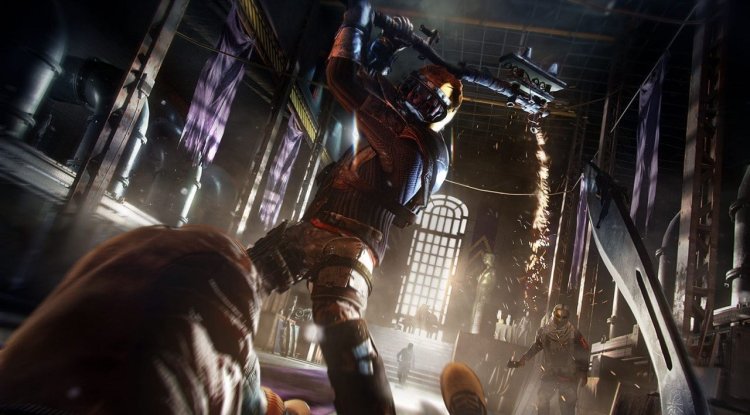 The zombie parkour title Dying Light 2 was only released on February 4th, but the developers were no slouch. Patch 1.0.6, including many bug fixes and improvements, has already been released. However, the developers have not yet been able to completely fix a major error.

The serious bug in Dying Light 2 is the so-called death loop bug. The developers have now issued a statement via Twitter that they now have a significant errors on their screens and are doing everything possible to solve the problem as quickly as possible. Both single-player and co-op players are likely to be affected by the bug. But what is the death loop bug?

The Deathloop bug occurs once a player dies within a locked area during a quest and is revived in a different part of the map. The time limit then does not allow the player to get to the previous mission area in time. Also, some cases report that the error occurred when players exited Dying Light 2 during the ending cutscene of the broadcast quest. The error can also happen during a co-op session if the guest disconnects within a locked mission area while the host, which is still in the game, continues to progress within the mission

The developers explain that the Deathloop bug could probably already be prevented in patches 1.0.4 and 1.0.5 on the PC and in patch 1.0.4 on the consoles. However, these patches have not yet been able to fix the save games that have been corrupted as a result. However, for the single-player mode, the team implemented a special feature for the player's death screen, which lets the player respawn within the mission area. This function is already available for the PC - the consoles should follow with the next patch.

The developers are currently working on a fix for savegames that have already been corrupted. In addition, the team wants to introduce a backup functionality for savegames so that players can replay the campaign at the most important moments of the story if necessary. In the long term, the Dying Light 2 developers want to find a permanent solution to the Deathloop bug.

In other news, Dying Light 2 also has to put up with a discussion about a graphics downgrade. Techland had shown a mission at E3, which is still in the game today and was probably ready at the time as a polished, vertical disc for presentation purposes.

Dying Light 2 is popular, but it also has to put up with one or the other criticism. The developers at Techland still have a few patches to prepare and the storage system, in general, doesn’t find many friends, since the triggers for the autosave are sometimes set a little annoyingly. A new discussion is now going on with the graphic processing – we are talking about downgrades.