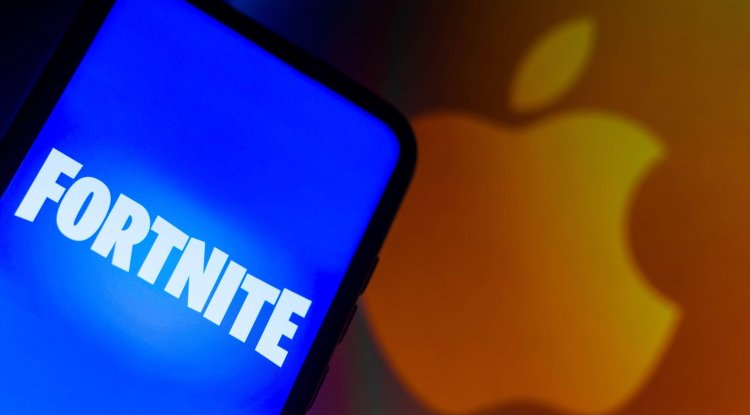 The legal battle between Epic Games and Apple has been going on for more than a year,

and there are no signs that either party is willing to let it go. Let us recall that, while the scuffles had already begun, we find the casus belli in Apple's (and also Google's, it is important to note) decision to remove Fortnite from its application store, the App Store.

Epic Games, on the other hand, had broken the platform's rules by incorporating a non-Apple in-app payment system.

Epic Games confirmed that it would go to court in January of last year, after months of statements about it, and so we come to last May when the statements began. The process could have ended on September 10, when the judge issued a sentence in which she stated that Apple should allow third-party payment systems, breaking the exclusivity that it had enjoyed up to that point in this period and the reason for Fortnite's expulsion.

Clearly, Apple immediately confirmed its intention to appeal the sentence and, based on that intention, requested that the application of said measure be temporarily halted due to the potential harm that it could cause if a higher judicial instance ultimately ruled in the opposite direction. Of course, Epic Games was confronted with this request for a postponement, citing, oddly, some statements from Apple itself.

Something Epic Games was unable to actually prove, despite the fact that it was one of its main goals, is that Apple has a monopoly on the distribution of software on iOS. And it is in this regard that both companies present completely opposite approaches, owing to the fact that Apple confronts significant competition. Of course, this is from the standpoint that the App Store is part of a larger set, that of the iPhone and its services, and it is true that those from Cupertino face a number of direct competitors.

Epic Games has received enormous, and perhaps unexpected, support in its efforts to demonstrate that Apple does indeed hold the monopoly that it has been denouncing for over a year, with the presentation of reports that reinforce its position by state prosecutors from 35 US states, the US Department of Justice, Microsoft, and the Free Software Foundation.

Despite the fact that they are not a party to the case, they have used a legal formula that enables them to provide information on causes in which they have an interest.

"We are optimistic that the judgment will be upheld on appeal, and that Epic Games' challenge will fail," Apple said.

Obviously, this is the expected response from the company.

However, such a broad response from both public and private entities does not appear to be a good sign for Apple, who may want to start thinking about a future in which iOS not only allows in-app payments with third-party platforms but also the possibility of opening iOS to other app stores.