FROM BELLA SWAN TO PRINCESS DIANA: Kristen Stewart stuns in a new role, although many doubted her

When it was announced that Princess Diana would be played by American actress Kristen Stewart, few expected the transformation of the actress best known for her role as Bella Swan in the vampire saga ‘Twilight’ to be successful. 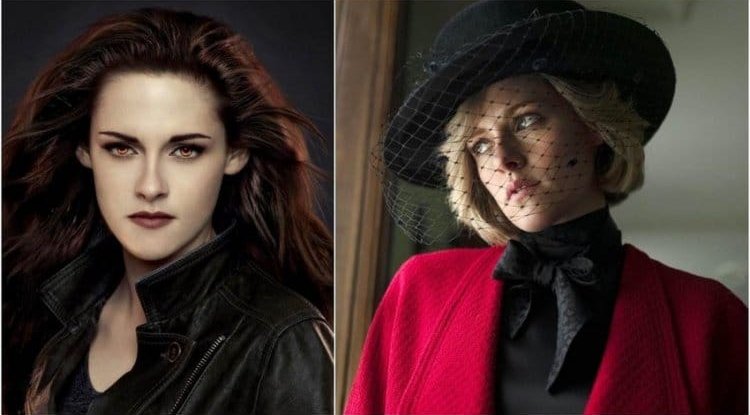 In the biographical film 'Spencer', Princess Diana will be played by actress Kristen Stewart. Few expected the transformation of the actress best known for her role as Bella Swan in ‘The Twilight Saga’ to be successful, but Kristen brought Diana out masterfully.

The film shows the three-day period of the Christmas holidays that Princess Diana and Prince Charles always spent on the Sandringham estate. It was a time when Lady Di decided to end her marriage.

The film will premiere at the Venice Film Festival, which begins on September 1, and is set to hit theaters in early November. By the way, Pablo Larrain also directed the acclaimed drama Jackie, about the life of Jackie Kennedy, and the role brought actress Natalie Portman a nomination for "Best Leading Actress", while the screenplay was written by Steven Knight who also worked for the famous series 'Peaky Blinders'.

' I am very protective of Princess Diana and this role. She was so young, everyone had different assumptions about her and they all have opinions about what the film should look like. Of course, not everything will be true, but personal experience is important to me, I want my role of Princess Diana to be special and unique to me ', said Kristen before the start of filming, with whom Sally Hawkins, Timothy Spall also appear in the film and Jack Farthing will be playing Charles.

In the long-awaited trailer that lasts only a minute, Diana wanders around the estate after rumors of divorce and infidelity, and there is a particularly touching scene in which the princess cries.

Social networks and critics did not remain indifferent, so they confirmed what the director himself said before the start of filming - Kristen has all the characteristics to perfectly portray the unrepentant princess, and although she utters only two words in the announcement, fans immediately noticed that she succeeded to take up Diana's accent.

In addition to the trailer, the premiere poster of the film was released. The dramatic photo shows Lady Di (Kristen) with her back turned, dressed in a dress inspired by the ‘Diaghilev Gown’, by designers David and Elizabeth Emanuel who also designed her iconic wedding dress.

‘The film was condemned by many long before they saw the announcement. Many will say they're going to see a movie about a story they know. Wrong! Wrong movie! Wrong assumption! None of us knew Princess Diana, my wish was to create a kind of 'fairy tale' that would be based on things and events, and then we'll see if it works, ' said the film's director, emphasizing that he knew from the beginning that Kristen is perfect for the role despite public outcry.

Namely, Stewart is still just a "bloodsucker" from the 'Twilight Saga' to the audience, but it seems that by publishing the photos and the trailer she managed to silence the critics, and it seems that an Oscar nomination is smiling at her.