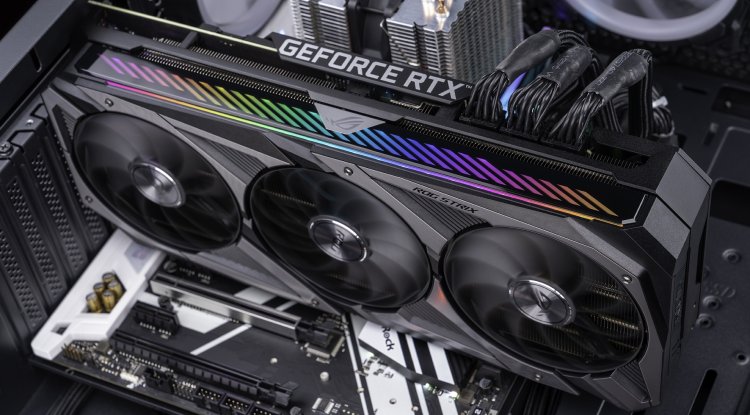 Gigabyte ( according to Asus, MSI, and Palit ) confirms new ampere models via the approval database of the Eurasian Economic Commission (EEC). Specifically, the model series Geforce RTX 3080 with 12 GiB and the Geforce RTX 3070 Ti with 16 GiB are mentioned. On the basis of this, Gigabyte wants to bring a whole series of models onto the market, although traditionally it does not necessarily have to bring each of the graphics card models approved by the EEC onto the market.

Some people will of course justifiably ask how Nvidia donated 12 GiByte of memory to the Geforce RTX 3080 without crooked actions as it did with the Geforce 970? According to rumors, it is actually a new GPU called GA102-220, which has 384 instead of 320 bits. The Geforce RTX 3070 Ti meanwhile relies (also here, according to rumors) on the GA104-401, which is said to have 6,144 shaders.

In advance, it was said that the new cards should be announced in mid-December and the same rumors also called the launch of the Geforce RTX 2060 12 GB for December 7th - as we know, the latter was true. December 17th is supposed to be the deadline for Ampere cards, although one shouldn't expect huge numbers to reach the market. The Geforce RTX 2060 12 GB can definitely be called a paper launch because no goods are available in Europe.

Presumably, not yet with innovations in the Nvidia portfolio: At least the Geforce RTX 3080 Ti (GA102-250) and the Geforce RTX 3090 Ti (GA102-350) are haunted by the network. All cards are expected to appear complementary rather than a substitute. This means that they simply occupy further price points in the gaps in the current portfolio; There should therefore be no price reductions or sales, which in view of the price formation in the currently still tense market would not be expected anyway. Nvidia will probably not completely dissolve the sometimes strange-looking memory configuration at Ampere either - the successor Lovelace will have to fix that in the Q4 / 22.