Audi boss Markus Duesmann presents the new strategy and thus suggests it in the same direction as the other German premium car manufacturers. 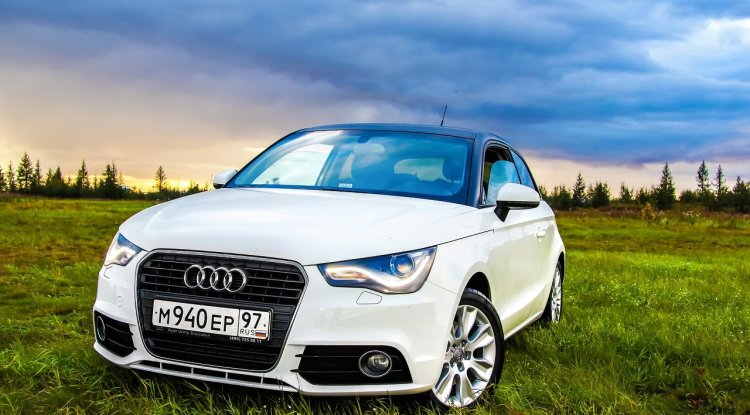 In an interview, Audi boss Markus Duesmann presents the new strategy and thus suggests in the same direction as the other German premium car manufacturers. In the future, you want to offer luxury with large models and lots of entertainment technology.

Audi, BMW, and Mercedes-Benz have one thing in common: all three see themselves as premium car manufacturers who want to offer more than volume manufacturers like VW or Opel. All three southern German premium brands want to go more into the luxury segment in the future since these customers are solvent and can spend a lot of money - as crisis-proof as possible. In an interview, Audi boss Markus Duesmann explained that the small models A1 and Q2 will be discontinued in the next few years and that there should be no successors. The entire Audi brand will be repositioned so that there will be larger and therefore more expensive models to buy. The consequences of the global COVID-19 pandemic, such as the lack of semiconductors, are not only reflected in the availability of graphics cards, Playstation 5, but also strike at the car manufacturers. So the rare chips are better to put in the expensive models than in the entry-level models.

Audi is canceling entry-level models A1 and Q2 without replacement

According to Duesmann, many people want to treat themselves after experiencing the coronavirus pandemic and are therefore willing to spend a little more money on cars. As a result, the Ingolstadt-based company wants to expand its product portfolio with large and expensive models and will be eliminating the entry-level models Audi A1 and Q2 over the next few years. An example of what that means for those interested in Audi:

Of course, Audi is not alone with this strategy, which paves the way to the luxury segment. The head of Mercedes-Benz, Ola Källenius, has announced that they see themselves as a luxury car manufacturer and no longer "just" as a premium supplier. As a result, the Swabians want to offer only a few compact cars in the next few years and rather rely on large and expensive cars. Instead of having seven different model versions on the technology platform of the A-Class, the range is to be reduced in the future and correspond more to the luxury image. BMW also no longer wants to build small vehicles and will retire the i3 electric car - which is roughly the size of the Audi A1 - in summer 2022. All three German premium manufacturers strive for a high margin, i.e. as much profit as possible per vehicle sold. In order to make money with expensive constructions - such as e-mobility - the trio came up with something. Instead of vehicles with individually configurable equipment, in the future, there will be many packages and additional functions that can be booked for a fee.

With DLCs, car manufacturers want to make cash in the future

DLC packages will soon find their way into permanently installed navigation systems and radios from Audi, BMW, and Mercedes. There are already the first models in which the manufacturers are trying to sell functions later. For example, if you want rear-axle steering in the Mercedes EQS electric S-Class, you have to pay a subscription of 950 dollars per year. Although the Swabians install rear axle steering in every EQS, this can only turn the rear wheels by 2.5 degrees in the opposite direction of travel. On the other hand, if you want the full ten degrees of steering angle, you have to pay. After all, Mercedes also offers rear-axle steering directly from the factory for around 1,800 dollars extra and thus offers the option of being able to use it permanently. You only have to subscribe if the first owner didn't buy this extra.

In general, luxury features are playing an increasingly important role. For example, the Bavarian competitor BMW presented the theater screen at the CES 2022 technology trade fair, which will soon be available in luxury vehicles. This is a 31-inch, 8k, 32:9 screen that can slide out of the headliner to entertain rear-seat passengers. The touchscreen can also be controlled via remote control, with the controls located in a holder in the doors. BMW has partnered with Amazon, which is making a Fire TV Stick including a connection to Prime Video in the car, whereby customers will probably have to pay a monthly fee to BMW for the data volume in order to be able to view content. Competitor Tesla is already bringing video games into its electric cars. The infotainment system in Model 3 is powerful enough to play Cyberpunk 2077, for example, thanks to AMD Ryzen and the RDNA 2 graphics chip.