Ghostwire: Tokyo will treat us to paranormal ride 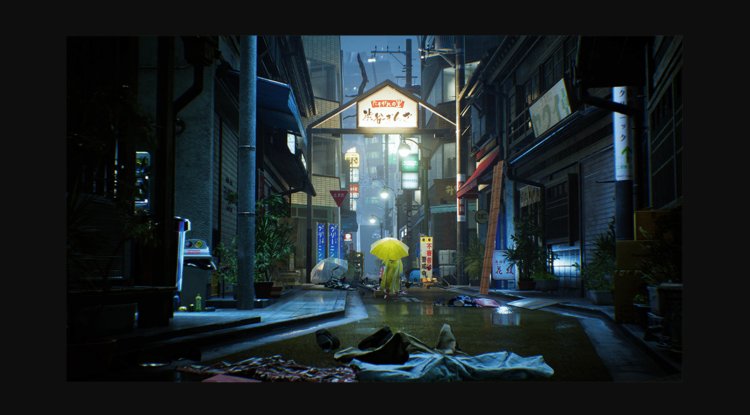 Last year was certainly not very kind to owners of nextgen consoles. Suffice it to say that there is not much left of the noisy announcements of great game premieres. Yes, we received a few of them, such as Forza Horizon 5 or Ratchet & Clank: Rift Apart, but many more had spectacular slides.

After all, the lists of the most anticipated games from 2022 swelled not by accident.

Among the mass of recognizable titles, however, there are also at least a few that may evoke quite mixed feelings. Exactly like Ghostwire: Tokyo. Supposedly, this is a new game by Shinji Mikami, the guy who previously gave us several installments of the Resident Evil series (including the oldest one, from 1996), tinkered with Dino Crysis or The Evil Within, and somehow couldn't convince players enough to be on everyone's lips. Even the news that this is the last exclusive on PS5 from Bethesda (Tango Gameworks belongs to the Zenimax Media group, the owner of Bethesda Softworks) did not help here.

Why? Well, Ghostwire: Tokyo is… different.

Tokyo is shrouded in a mysterious fog that, as it were, dissolves almost all people. What remains are only things scattered on the streets and something like floating souls. In addition, the entire city is overrun by bizarre characters. They are dressed in black suits of faceless freaks, with umbrellas in their hands, at the sight of which the hair on their backs stands on their own, Japanese schoolgirls, or actually only their running uniforms, girls with huge scissors or even creatures that have one big mouth instead of their heads. with monstrous teeth.

There is also the main evil - Hannya, a guest in a terrifying samurai mask, and our hero, a young man named Akito, who survived the slaughter only because he was previously possessed by the spirit of the mysterious KK, an experienced ghost hunter. It sounds weird, doesn't it? And then it does not get any less peculiar, as I could see by participating in the pre-premiere show of the game.

Ghostwire: Tokyo is a first-person view and gameplay reminiscent of a VR shooter. You know, we move the paws visible on the screen and generate various "spells" with which we eliminate the herds of enemies.

It turns out, however, that there is a method in this madness because the mechanics presented to us during the show combined everything into one whole in a quite interesting way. Well, since we are dealing with demons, the weapons must also be out of this world. In this case, we have a whole range of supernatural powers which the developers call Ethernal Weaving. And in fact, sometimes it looks as if our hero is weaving threads of destiny, tearing the essence out of the opponents attacking him.

There will be quite a lot of superpowers here, because the developers have neatly mixed up various elements, creating a quite interesting combat system, in which not only the right selection of exorcisms but also the right timing and good blocking of attacks will count. Of course, there will also be a skill development tree and a whole host of all sorts of quirks.

What is not here - there are talking animals, terrifying visions, the interpenetration of worlds, cleansing infected places of bad energy, talking with ghosts, or collecting souls with paper talismans, which we can later use to send these souls by phone outside the city engulfed in dark charm.

Weird? Oh yes, but there is something fresh about it all. Something that, on closer examination, can hypnotize us. Because in fact, if it were not for the "shooting from the fingers" and the first-person view, you can actually feel the spirit of Resident Evil mixed with a pinch of the Yakuza series.

Ghostwire: Tokyo - is it worth the wait?

If you thought this game was going to be a bit twisted, one thing is for sure - it is something original and exceptionally fresh. It's a journey through many dimensions, with powerful scenes that make you shiver on your back.

In addition, it is actually next-gen, although not in every element. Maybe the graphics are not particularly impressive, but they serve us with so many different lighting effects that the more sensitive ones may have problems (be warned). Plus, thanks to the ubiquitous puddles bathed in the light of Tokyo's neon lights, it's also a festival of RTX effects.

It is a pity that not everyone will find themselves in this production. It is more than certain. The level of quirks is hellishly high here, and the gameplay can be quite specific. However, if you feel even a bit intrigued, be sure to look for the premiere of Ghostwire: Tokyo on March 25, 2022.

We are waiting, keeping our fingers crossed for this production.