GOOGLE: Hangouts will be part of history in March 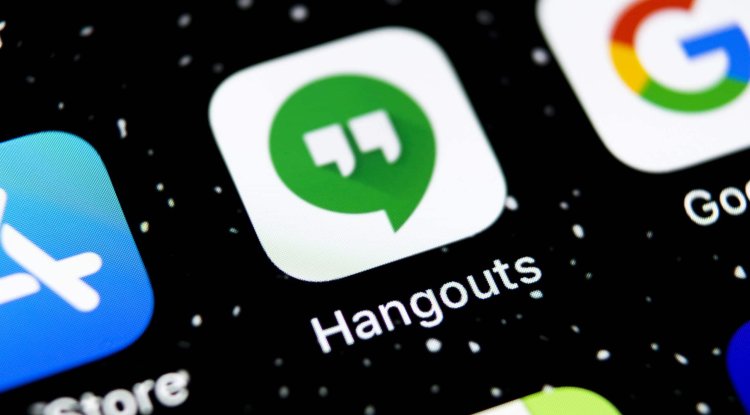 Anyone still using Hangouts needs to move to a new app very quickly.

Google checked out Hangouts for most users some time ago, but companies and businesses that use G Suite have continued to use this app with some improved features.

Hangouts will die forever on March 1 and will stop connecting users in any way - the app will simply be turned off.

It will be replaced by Google Chat, which has been available in the Google Play store for some time, and this application will have to be installed as an add-on and will not be accessible directly through Gmail, as is currently the case with Hangouts.

Unfortunately, this means even more apps on your phone and even more different notifications to navigate, while the features of the Chat app are quite similar, if not the same as those of Hangouts. The fact that Google Chat is somehow just a passing application is shown by the fact that it has been downloaded only 10 million times so far, which is a crumb of what Hangouts and other Google applications have, which have been downloaded a billion, five, or even more than 10 billion times.

Google Workspace has had the impression for some time that there is a change in Google's messaging app that doesn't end and just starts all over again. Why Google decided to kill Hangouts and replace it with a standalone app is not clear to anyone. The migration of data from existing Hangouts users to Google Chat will be done automatically, and "only in special cases will it not happen," the company explained. That means - if you’re unlucky your Hangouts conversations won’t be visible in the Google Chat app!

The transition for business users will last from March 22, for the next six weeks, and Google Chat is optimized for mobile phones, tablets, and PCs and integrated into all other Google services and applications, including Google Meet and Google Duo.

Google has decided to discontinue the Chrome Data Saver feature

Chrome Internet browser, should have synchronization through Google profile, access to user data, and sending analytics to Google company.

This option loaded only the necessary amount of data from each website, which resulted in savings in mobile traffic, but also faster loading and less complexity for the processor and possibly the graphics chip.

Unfortunately Data Saver ie. on some phones and Lite mode disappears with a possible problematic version of Chrome v100, but first in the test version, when the data saving option will be abolished.

Data Saver or as we said Lite mode was introduced in 2014 and was used by a large number of users, including almost everyone who uses entry-level phones. Over the years, Data Saver has made it possible to stop loading animations, moving images, and even images in general, and according to Google's explanation, there is no need for that today.

On the one hand, Google says that phones are more powerful in terms of hardware and do not need this type of help, and on the other hand, the company claims that packages with unlimited or large amounts of the Internet are no longer rare and are used by a large enough number of users. Data Saver will be canceled. Google also emphasizes that the option was abolished due to cheaper mobile internet, which is becoming more accessible in all parts of the world.

In the end, the company says that although Lite mode is going down in history - the Chrome team will be dedicated to the task of keeping this Internet browser fast and reliable, as well as minimizing the burden on even the most affordable devices.