The development studio Polyphony Digital has presented the new AI technology GT Sophy. This is an AI that has defeated human drivers in races. 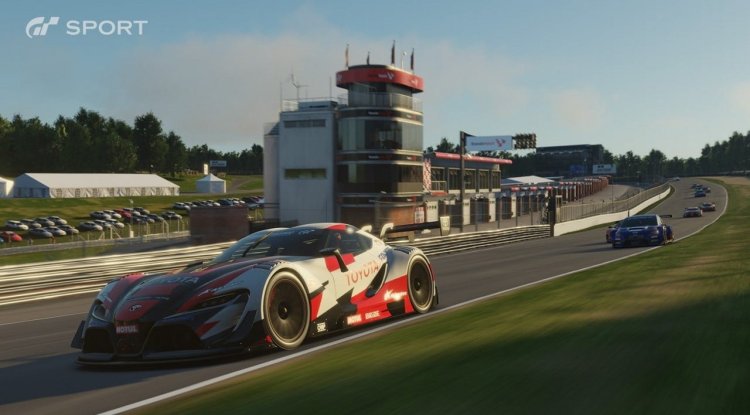 The development studio Polyphony Digital has presented the new AI technology GT Sophy. This is an artificial intelligence that has defeated human drivers in races.

Since 2015 and Forza Motorsport 5, developer Turn 10 has been boasting about the Driveatars, which means an adaptive AI. The races in the Simcade game should be more exciting because the computer opponents adapt to the player's driving behavior. However, the driveatars are not free of criticism. Now the competition is making a new attempt, as shown by a scientific paper published by Sony on the Nature platform. The development studio Polyphony Digital is christening its AI GT Sophy, which it developed together with Sony AI. According to Sony, GT Sophy will be "reliably superhuman" and able to beat lap times set by human drivers.

The AI ​​was fed with data about the racetracks and vehicles from the game. As a result, GT Sophy tries to learn how to drive a lap with this data. Within a day or two, Sony's AI is said to have been faster than 95 percent of all drivers in the training set. After 45,000 hours of training with machine learning algorithms, GT Sophy was able to beat player-set lap records in Gran Turismo Sport on the Dragon Trail Seaside, Lago Maggiore GP, and Circuit de la Sarthe circuits. When it comes to AI technologies, Sony relies on a partnership with Microsoft, in which calculations for the AI ​​take place in data centers via cloud computing.

Sony admits that GT Sophy has the benefit of being able to access a more precise map with coordinates, as well as vehicle parameters that human players don't have direct access to. In addition, the inputs were made at 10 Hertz, while humans can only play at 60 Hz. To make the response times comparable, GT Sophy was imposed to an artificial delay with response times up to 250ms. Despite this limitation, the AI ​​defeated the three professional esports drivers Emily Jones, Valerio Gallo, and Igor Fraga in Gran Turismo Sport in a time trial. However, Sony sees the behavior directly on the racetrack as a challenge when the AI ​​is to compete against human drivers. According to Sony, GT Sophy will be included in future series parts of Gran Turismo.

In other news, not everything always runs smoothly when an MMO is released – and Lost Ark also had a few problems at the start. Among other things, a bug caused duplicate founder packages. There have been reports of players suddenly receiving multiple copies of content from their purchased packs.

Anyone who bought a Founder’s Pack for Lost Ark may have been affected by a curious bug shortly after the release of the MMO. Players who had redeemed their pack or optionally Twitch Drops suddenly received duplicates of the items from their respective pack. This was due to an error in the Lost Ark database.