Greta is back in front of the parliament building, protesting because of climate change

After a long period of online protests, Swedish climate activist Greta Thunberg returned today in front of the Swedish parliament building to another protest against climate change in her organization. 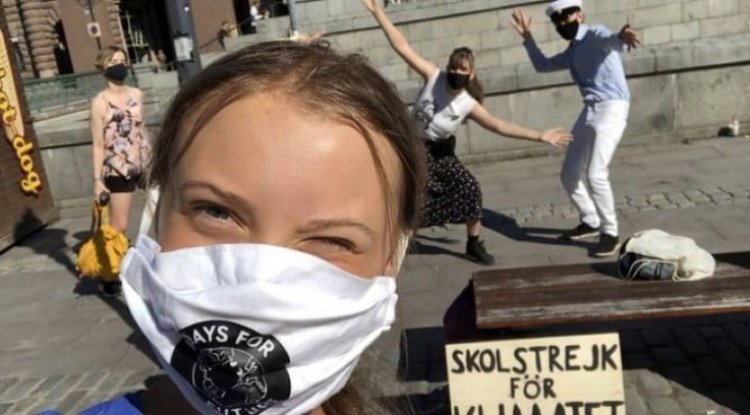 Along with several other protesters, Thunberg, with the caption "School climate strike" and a mask on her face with the Friday for the future logo, returned to the place where she started the strike in Stockholm, which she informed her followers on Instagram.

"We will stick to having as few of us as possible"

School strike week 147. Today we are back outside the Parliament. But the pandemic is still far from over, so we will continue to keep our numbers as low as possible and act in accordance with local restrictions.#FridaysForFuture #MindTheGap#climatestrike #schoolstrike4climate pic.twitter.com/Q5kvxVXkoS

Thunberg has begun organizing protests in 2018 in front of the Swedish parliament building, urging politicians to step up the fight against climate change.

The pandemic temporarily halted the protests.

In a few months, a youth climate movement was established on Fridays for the Future, and the mass demonstrations they organized were attended by hundreds of thousands of young participants around the world.

However, the coronavirus pandemic also temporarily halted their protests.

Unable to continue the “physical” protests, Thunberg turned to posting pictures on social media, with an emphasis on Instagram.