Take the achieved results this year with a grain of salt: historical results of cryptocurrencies are not a guarantee of future returns, and experts warn against investing 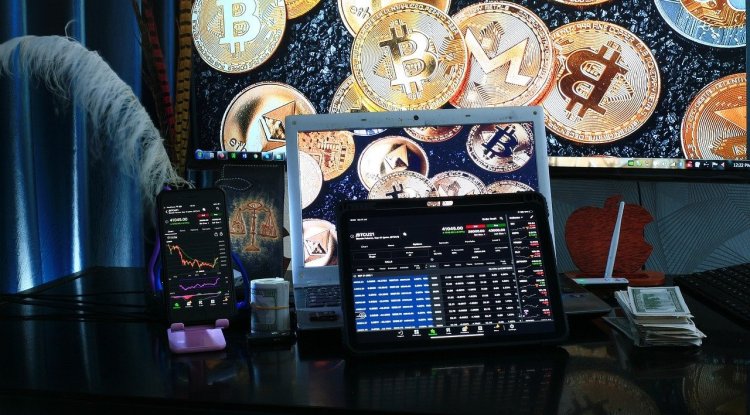 Take the achieved results this year with a grain of salt: historical results of cryptocurrencies are not a guarantee of future returns, and experts warn against investing in cryptocurrencies if you are not ready to lose the entire amount invested.

This year has been great for cryptocurrencies. Bitcoin and dogecoin have reached record highs and brought their investors millionaire status. The entire crypto market briefly exceeded the value of $3 trillion, and the growing popularity of digital assets resulted in it going mainstream from the niche.

Although tokens such as bitcoin and dogecoin have different pathways of technological development and demand cycles, both have seen strong growth in 2021, as have other leading cryptocurrencies.

Below you can find out how much it would be worth at the end of the year if you had invested $1,000 in one of the four leading cryptocurrencies earlier this year. Current cryptocurrency values were determined at 3:30 p.m. Eastern U.S. time on December 28.

But take the achieved results this year with a grain of salt: historical results of cryptocurrencies are not a guarantee of future returns, and experts warn against investing in cryptocurrencies if you are not ready to lose the entire amount invested.

If you do decide to embark on such an investment adventure, consider investing gradually. Instead of one large investment, spread the stake into smaller amounts over a period of time.

For the world's largest cryptocurrency by market capitalization in 2021, it was extremely good. Its value increased by about 65 percent between January 1 and the end of December. In February, it reached a market capitalization of $1 trillion for the first time but subsequently dropped close to $900 billion.

Ethereum supporters say blockchain will become more scalable, secure, and sustainable after the Eth2 upgrade, scheduled for 2022, during which the network will switch to the Proof of Stake model or PoS. Currently, Ethereum works according to the proof of work model, where miners have to compete in solving complex puzzles to confirm transactions. This model is often criticized for its environmental impact because it requires extremely high computing power and energy consumption.

The transition to PoS will allow users to check transactions according to how many coins they hold rather than the energy-intensive mining devices now in use.

Despite only being launched in 2020, the solana has grown by more than 11,800 percent over the past year and is currently the fifth most market-capitalized cryptocurrency. The market capitalization of the solana exceeds $ 57 billion. This cryptocurrency is considered a competitor to the Ethereum blockchain. Its founder, Anatoly Jacobenko, designed Solana to support smart contracts, which are code collections that carry out a set of instructions on the blockchain and create decentralized applications (dapp).

If you had bought dogecoin for $1,000 at the beginning of the year, at $0.0056 a coin, that amount of tokens on Tuesday would have been worth $32,143 at a unit price of 18 cents. Not bad for a digital token that started out as a meme-inspired joke.

The cryptocurrency, partly due to Elon Musk, grew by as much as 12,000 percent in the first half of 2021. But in the second half of the year, the value of dogecoin fell significantly.