Huawei has introduced the P50 series and now it's time for a true flagship of that Chinese company - Mate 50. Rumors about what it will look like have already started and if they turn out to be true, it will have an ultra curved screen. 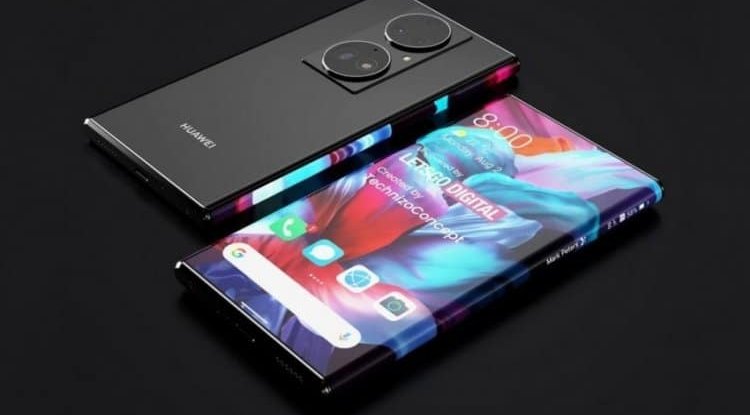 Huawei has introduced the P50 series and now it's time for a true flagship of that Chinese company - Mate 50. Rumors about what it will look like have already started and if they turn out to be true, it will have an ultra curved screen.

Huawei was already flirting with such a design in March 2019, when the Mate 30 series was introduced. What could be seen at the time, and was really interesting, was the absence of physical keys. Instead, if the user wanted to amplify the music, they would double-tap anywhere on the side of the device and the amplification function would be displayed.

This time, everything will be far more advanced, so functionalities such as "triggers", a few additional icons, but also the ability to read messages that would be displayed in one line. Something like this can be seen on Galaxy Z Flip devices.

The concept also allows you to control the camera of the Mate 50 smartphone, but there are no more specific details about that because the visual part of the device itself has just been presented. Maybe Huawei is just feeling the market and will introduce changes "on the fly" or with such basic little things they want to arouse market interest.

It would be all the more exciting if US sanctions were not valid and if Huawei software smartphones were not so much inferior in software. With all due respect to the Chinese company’s development team, HarmonyOS still can’t compete with Android or iOS operating systems. That is the applications that come with them.

So, the impression is that the moment has slowly arrived when Huawei must start cooperating more closely and communicating with the new US administration so that the situation improves in the political sense and Huawei gets a second chance. It would help everyone in the market, but also other industries because these innovations would certainly be accepted by many users. If they had all the necessary comfort while using them.