MSI presented numerous new mainboards for Intel's Alder Lake in a Livestream and also published pictures of the two planned Alder Lake chips. One of these is to accommodate eight P and E cores each, whereas only six P cores are planned for the smaller chips. 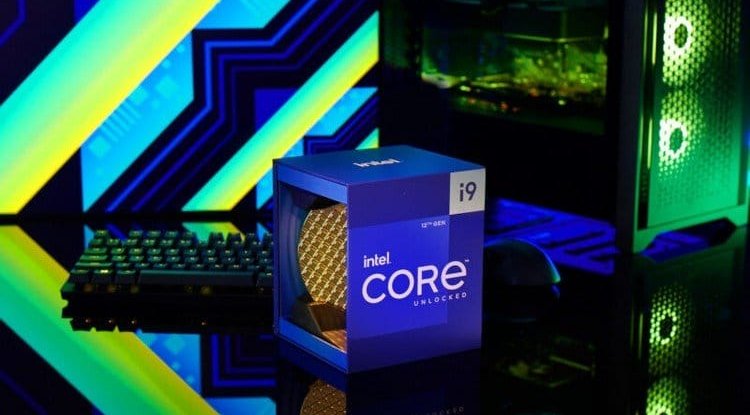 While AMD has mainly used chiplets since the first Ryzen processors, Intel continues to rely exclusively on monolithic chips for the newly introduced Alder Lake CPUs. The company confirmed a few weeks ago that two different chips are planned for the desktop and notebook market. There have not yet been any pictures of the chips, but MSI is now helping: The company has published photos of the two desktop DIEs.

The pictures were shown during a live stream, in which mainly new MSI mainboards were presented. At 48:10, however, it was also about the specific Alder Lake chips and their special features. Accordingly, Intel is planning a desktop chip with 8 + 8 and another with 6 + 0 cores. The latter is not yet represented in the product range presented so far - it will probably not be presented until next year with the other Alder Lake CPUs.

According to MSI, the 8 + 8 chip has a good 215 mm², whereas the smaller chip should only be around 163 mm². According to Andreas Schilling, Hardwareluxx editor, a picture of the larger Alder Lake Notebook chip published by Intel speaks for size of around 217 mm². The additional space compared to the large desktop model is required for the larger GPU, because Intel uses 96 instead of 32 execution units in the notebook.

For end customers, the specific chip used should usually not have any noticeable effects. According to MSI, Alder Lake could still pose a problem for manufacturers of CPU coolers: According to this, the two desktop chips reach their maximum temperature in different places, which makes targeted heat dissipation more difficult. Since most CPU coolers are intended for both Intel and AMD CPUs anyway, and the hotspots of the latter are in completely different places due to the chiplet approach, this should not have too much of an impact on most CPU coolers.