A patent filed by Intel describes a multi-GPU rendering approach that would be appropriate for a graphics card with multiple computing chips. 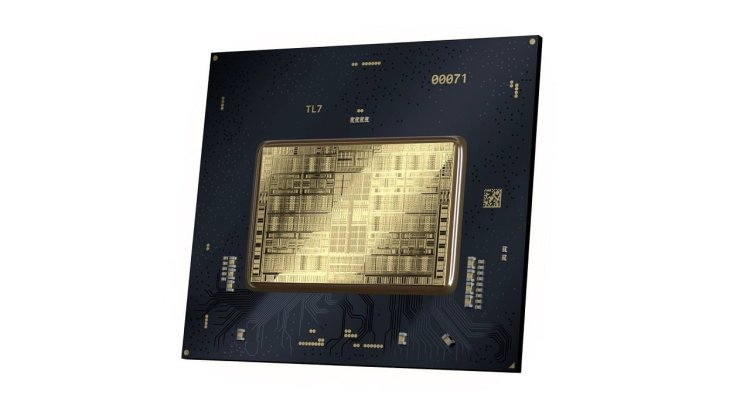 A patent filed by Intel describes a multi-GPU rendering approach that would be appropriate for a graphics card with multiple computing chips. It is possible that Intel is already planning the first graphics cards with an MCM GPU.

With the Arc Alchemist graphics cards, Intel wants to enter the GPU market this year and thus establish itself as a competitor to Nvidia and AMD. In the beginning, classic graphics cards with only one chip should come onto the market. However, a patent filed by Intel suggests that the company already has multi-chip solutions in mind.

The patent in question was filed by Intel back in 2018, but it was not published until last September and Twitter user Underfox only discovered it last week. The patent specification describes a distribution of rendering tasks over a number of GPUs, each of which is responsible for an image segment. The technology thus differs significantly from old multi-GPU approaches such as AMD's Crossfire or Nvidia's SLI, in which the GPUs were responsible for entire frames in turn.

This difference is also necessary because Crossfire and SLI have disadvantages with poor scaling and higher frame latency that would be intolerable for a multi-chip GPU. Intel's approach should score here with better scaling and - since calculations are only made on one image at a time - a significantly better latency.

However, the whole thing is unlikely to work as well as a single, monolithic GPU, since, for example, geometry and texture data that is available in several image sections must also be transferred to several GPUs accordingly. In addition, a good preliminary assessment may be necessary for the approach described, since some image sections require more computing power per pixel than others. The image segments would have to be scaled accordingly here so that all GPUs are evenly loaded.

Regardless of potential advantages or problems, the patent proves in any case that Intel was already working on corresponding approaches in 2018 and is therefore possibly also planning a corresponding solution for the Arc graphics cards. With regard to the competition, this is not surprising. AMD's upcoming RX 7000 graphics cards are said to use a multi-chip approach, and Nvidia is planning a similar step, at least for the data center graphics cards of the Hopper architecture. If Intel doesn't want to default here immediately after entering the market, the company should also keep an eye on multi-chip solutions.

In other news, before Intel launches the large Arc GPUs with up to 512 execution units, the entry-level models with 128 EUs are to appear first. According to the current state of knowledge, there should be a corresponding graphics card for the desktop market with the name Intel Arc 380, whereas the same GPU should be used in notebooks as the Arc 370M. Except for the clock rates and the TDP budget, there should probably be no differences. According to current benchmarks, that’s enough for a significant difference in performance. Arc A370M: Almost 20 percent slower.

What is Maker (MakerDAO) and MKR tokens?

The Settlers: That's why engineers are so important