During the presentation to investors, Intel also touched on the roadmap to manufacturing where it would like to see the return of the "Tick Tock" model. 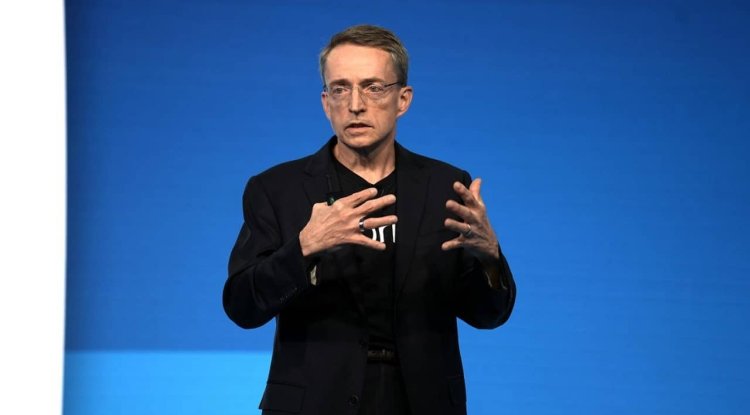 5 nodes in 4 years, Intel promises its investors and would like to go back to Tick Tock.

During the presentation to investors, Intel also touched on the roadmap to manufacturing where it would like to see the return of the "Tick Tock" model. It's not a cheap copy of a famous rebranded social network, nor is it a pop song, but a rhythm of development. Tick ​​is a new manufacturing process, Tock is a new architecture. For a long time, Intel stuck to the scheme and only allowed a few exceptions. At 22 nm there was a "Tick Tock Refresh" for the first time and the model began to stumble between Haswell and Broadwell. It got worse with Skylake - Rare ticks, few tocks, many refreshes - or rather "optimizations". Strictly speaking, during the Skylake era there was not even the "Tick Tock Tock [...]" model, which was then often maliciously referred to because Kaby Lake.

Back to technological leadership

But that is about to change. Under new management, Intel wants to regain international leadership in the semiconductor business. Renaming manufacturing processes doesn't help here, but maybe tight strokes of the oar: The current Intel Node 7 (10 nm ESF) still counts as optimization, the upcoming Node 4 (7 nm EUV) would then be a tick. Intel says this process is equivalent to the 5nm node at TSMC. It starts with Meteor Lake, which should probably come as a mobile chip in the first half of 2023. Arrow Lake, currently scheduled for 2024, would then have to become a tock, i.e. a new architecture.

However, in times of hybrid processors, multi-chip modules, and different manufacturing processes, it is becoming increasingly difficult to find precise drawers in which to categorize the leaps and bounds in development. The air is getting thinner and improvements require exponentially more effort, processes are stubborn, architectures have teething problems. If the competition doesn't shake the cage, refreshments are enough - the "Tick Tock" model falters. This applies not only to Intel but to the entire market.

5 nodes in 4 years thanks to Tick Tock

All the better for technology enthusiasts that Intel promises its investors more agility again: 5 nodes in 4 years thanks to the "Tick Tock" model. Intel 7, Intel 4, Intel 3, and Intel 20A and 18A. Intel 20A (A stands for Ångstrom/0.1 nanometer) is the process that was once researched as 2 nm if you want to put it in old pigeonholes. Intel 20A uses RibbonFETs and is expected to launch with products planned for H1 2024 (Arrow Lake). Probably mobile processors here as well, as was the case in the past. New manufacturing processes can be better established on smaller chip areas, which also benefits the yield. Intel 18A is also to be announced in 2024, but products could last until 2025.

Intel is presumably also taking into account the advance of processors designed as multi-chip modules by separating the roadmaps for client and server CPUs. Nvidia has done this with graphics cards, where (only rumored at this point, of course) Lovelace serves "gaming" with a monolithic chip and Hopper serves data centers as an MCM design. While clients use Intel 4 in the roadmap, Intel 3 is intended for servers. This is where the separation seems to take place, in order to better respond to the needs of the individual products.