12th generation Intel Core processors turned out to be a hit, but we are still waiting for the appearance of weaker and cheaper models. 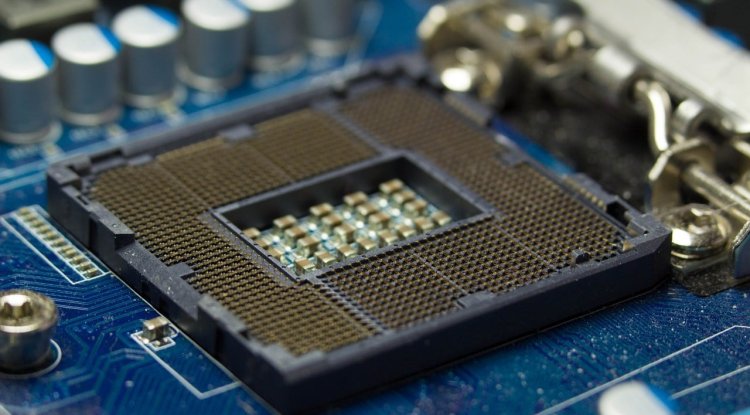 12th generation Intel Core processors turned out to be a hit, but we are still waiting for the appearance of weaker and cheaper models. The Core i5-12400 promises to be particularly interesting here.

The new generation of processors uses an improved architecture that offers much better performance and energy efficiency – we found out in tests of the unlocked Core i9-12900K and Core i5-12400 models.

Based on performance results leaked from Asian media, the Intel Core i5-12400 outperforms the previous-generation Core i9-11900K in gaming. The Core i5-12400 is a locked processor that will be released in early January.

The Alder Lake generation core i5 has a 6-core, 12-thread configuration, composed of Golden Cove (P cores). The chip does not have E-Core efficiency cores like other of its peers with a hybrid configuration.

However, we know that the manufacturer has plans for further, weaker units that are to be released at the beginning of next month. Among them is also the Core i5-12400, about which we already know quite a lot (especially since the version without integrated graphics in some stores is sold before the premiere). This time, we came across an interesting comparison with the previous generation flagship.

We see the Intel Core i5-12400 running on an MSI B660M Mortar DDR5 (4800) motherboard with a MAG Coreliquid C240 AIO liquid cooler. The processor has an MTP (Maximum Turbo Power) of 117W and was tested using a limit of 4096PL unlocked. The Core i9 is tested with the same configuration.

How do processors compare?

In Cinebench R23 (i.e. in a typical PROCESSOR test) there is no surprise – the 8-core Core i9-11900KF turns out to be clearly more efficient than the 6-core Core i5-12400. It is worth noting, however, that the new "i-five" offers here a bit better performance of a single thread.

Much more interesting is the comparison of performance in games at a resolution of 2560 x 1440 px, because here the Core i5-12400 comes out on top. The new processor in the five tested titles offered a slightly better smoothness of animation (the differences, however, are not too big).

Will the new "i-five" really turn out to be better than the flagship from the previous generation? We will probably find out about it after the official premiere (especially since it would be appropriate to conduct tests on a similar test platform with the same memories).

The triumph of the i5 is clear if we take into account the price difference that will be between the two when the 12400 and 12400F go on the market in the first days of January.

The 12400 would launch with a price of $180, while the Core i9-11900K is worth $500. In addition to the obvious benefits that have to do with temperatures and electricity consumption. The Alder Lake option consumes about 75W in games and temperatures are around 65 degrees.