It will be a real treat: A series about the life of the legendary fashion designer Karl Lagerfeld is being filmed 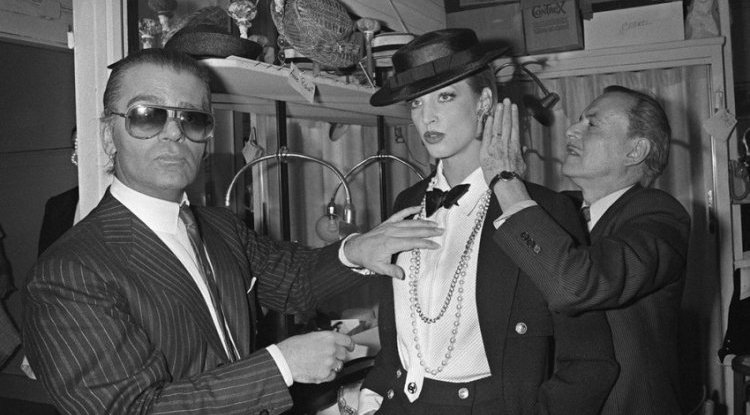 The ‘Kaiser Karl’ series will have six episodes and will be filmed in France. It is based on the eponymous biography of Raphaëlle Bacqué, and is produced by Gaumont, who is behind Netflix’s hit series ‘Lupine’. 'Kaiser Karl' will deal with the life of the famous designer, and the plot will start in the summer of 1972.

The series follows Lagerfeld’s quest to become the successor to Coco Chanel, who died a year earlier, but also the most successful French couturier at a time when Yves Saint Laurent was at the peak of his career. The series will highlight the rivalry between Lagerfeld and Pierre Bergé, partner of Yves Saint Laurent, Lagerfeld’s love story with Jacques de Bascher, and bring us closer to the luxury fashion houses of the 70s. It will also show how Lagerfeld has built his unique and sometimes controversial personal brand in a world where looks are everything.

Jan Koeppen, President of The Walt Disney Company EMEA, said: ‘Disney + has given us the opportunity to tell a global audience unique European stories. We have an incredibly diverse and exciting European list, and ‘Kaiser Karl’ is an indicator of what kind of stories we want to tell. We also felt that Lagerfeld's story has so far not been given the importance and we can't wait to share it with the Disney + audience '.

Pauline Dauvin, vice president of program and original production, The Walt Disney Company, France, added: ‘We were immediately seduced by the idea of ​​adapting Bacqué’s biography, which will mark the first collaboration between Disney and Gaumont in the French original show. The series depicts a unique moment of transformation in the fashion industry in France in the '70s, embodied by the icon of multiple metamorphoses, Karl Lagerfeld. '

Details of the casting, including who will play Karl Lagerfeld, are expected to be released in the coming months.