Jupiter's Legacy - a hit or a miss?

Netflix just released its new show Jupiter's Legacy and we are here to let you know if it's worth your time! 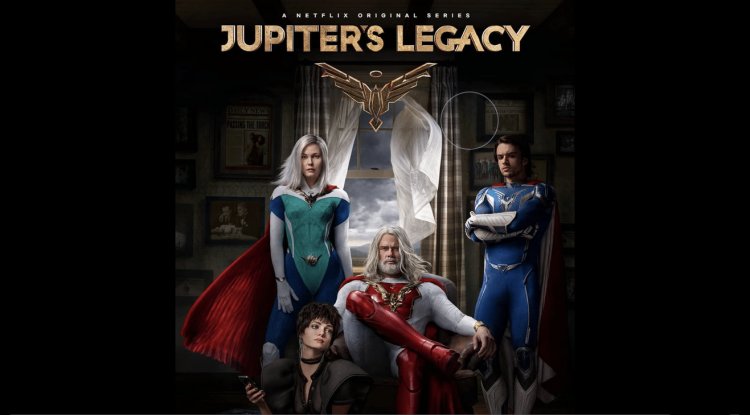 When talking about comic book superheroes' current adaptations, describing them as momentary would be ridiculous. Two decades into the 21st century and the stories about vigilantes and masked heroes have become so omnipresent that they started defining the film industry. Of course, Disney’s Marvel Cinematic universe was the initiator of today’s ever-present superhero adaptations. Marvel’s Cinematic Universe currently consists of 23 movies with phase four on its way, and it is without a shadow of a doubt that we say that the popularity of those movies paved the way for the DC Extended Universe, The Boys, The Umbrella Academy, Watchmen, the CW Arrowverse and many, many others.

Netflix’s newcomer Jupiter’s Legacy is based on Mark Millar and Frank Quitely’s long-running comic series. The first season of the show was supposed to take its place among the incredibly popular superhero TV shows, however, it just accomplished proving that even superhero-themed shows can turn out to be as mediocre as common medical dramas or cop shows.

The show represents a story about a superhero group called The Union who gained their powers in the 1930s and are currently the oldest generation in the world full of individuals with superpowers. Now some of those individuals are the superheroes’ children who like all the other kids struggle to fit in and live up to their parents’ expectations. The focus of the show is on The Utopian/Sheldon Sampson(Josh Duhamel) and Lady Liberty/ Grace Sampson (Leslie Bibb) who have the strongest powers in the group, their children Chloe (Elena Kampouris) and Brandon/Paragon (Andrew Horton). Ben Daniels plays a supporting character Walter Sampson/ Brainwave, Sheldon’s brother and next to him a bunch of other unnamed heroes appear in sense of "here is person, here is their power, goodbye".

One-half of Jupiter’s Legacy is set in the modern-day following the story of the messed up Sampson family. Brandon, the son tries to please his dad and become the next Utopian while the daughter, Chloe is rebelling against the whole family motto “with great power comes great responsibility”  and instead just does an insane amount of drugs. Another main plot concerns the Union questioning their code which forbade them from killing the villains before. As for the main bad guys we have a nuclear guy who isn’t himself and a group of burglars with superpowers.

Then there is the second half of the show which is basically a terribly slow flashback explaining how each of the characters met and got their powers, their origin story of the Union in short. It really isn’t enough simply saying that these flashbacks take from the main plot, considering that they take up exactly half of the episode’s run time and that their only payoff is to get us to the point at which the characters we already met and know become Utopian Lady Liberty and Brainwave.

The idea of having the show be of half-modern half-period format absolutely made both plots meaningless, besides cutting the plot lines frustratingly short. As said before the period part of the show ends when the heroes who we know get powers, get powers and the modern part is excruciatingly short and painful to watch as they tried fitting a whole arc in the runtime of only four episodes! Basically, season 1 ends exactly where it started, only the characters are angrier.

However, we can’t say that there weren’t any fun parts in Jupiter’s Legacy. Bibb and Daniels were great in their parts as Brainwave and Lady Liberty, and the battle scenes are perfectly gory and exciting. Another extraordinary thing is how the show impresses with 2 simultaneous plot lines and having nothing happen in each one. So what we gathered from this is that with Jupiter’s Legacy, Netflix provided us with both: a boring family drama AND laser eyes!

Did you watch the newest Netflix show? What are your thoughts? Tell us in the comments!

Daveigh Chase made our hair stand on end: Here is what Samara from "Th...