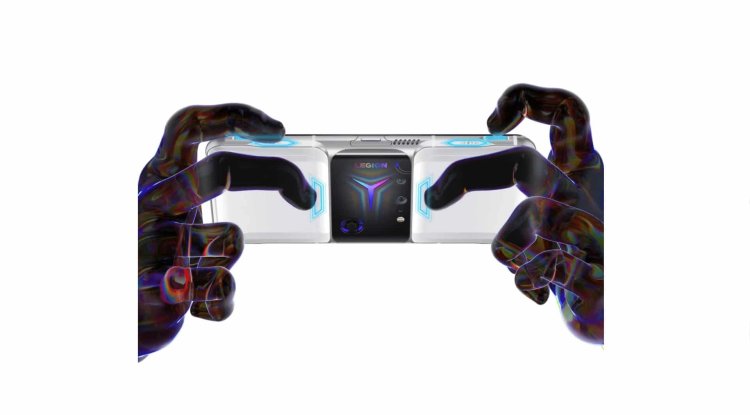 The Lenovo Legion Y90 comes with a few extra photos and features, the presentation is “supposedly” reserved for two months.

This is not a model of an upcoming laptop, but a model of an upcoming smartphone. Today we bring you a kind of sequel to this story and we also bring you some of the features (which, believe us, are very worth mentioning). Of course, in addition to the features, there are also some of the photos that represent the arrival of the Lenovo Legion Y90 smartphone, but let's start from the beginning.

As we said before, the Lenovo Legion Y90 will be powered by a Qualcomm Snapdragon 8 Gen 1 chipset but will also have a display refresh rate of 144Hz. The screen will be AMOLED with a size of 6.92 ” (and it is also mentioned that the Lenovo Legion Y90 will reportedly have a display rate of 720Hz). We are of the opinion that 720Hz will be the maximum resolution while 144Hz would be "the initial one". In addition to the screen, one of the advantages is the capacity of the associated battery, it will be 5,500mAh with a charging speed of 68W.

It is mentioned that the Lenovo Legion Y90 will also have a dual USB Type-C interface for synchronization and charging. If a dual USB Type-C interface is introduced, 90W fast charging could be implemented, which would certainly be of multiple importance to users, as it is known that this smartphone model is primarily intended for gamers on smartphones. In terms of memory capacity, the Lenovo Legion Y90 will bring 512GB of internal and 18GB of RAM.

Support for external memory in the form of a microSD card is not known yet, but it is to be believed that in line with today's news, it is to be expected that it will not be. The photos (inside the text) also show the accessories that will come on the market together with the Lenovo Legion Y90 smartphone. These are add-ons or "switches" for shooting games, which will "copy" the role of a computer mouse. The latter accessories have a "deadline" of 3 million times the pressure, but of course, they will last much longer if stored properly.

This model of smartphone is not "ordinary" and therefore requires a different way of cooling (heat dissipation). Therefore, the Lenovo Legion Y90 will have an active built-in cooling fan. Finally, we want to say that one of the photos clearly shows the date of March 23, 2022, which we can certainly connect to the presentation of the Lenovo Legion Y90 on that date.

In the coming period, we are sure to get more photos related to the Lenovo Legion Y90.