LibreOffice 7.3 is a great and free alternative to MS Office. He is now doing much better with files created using the latter. 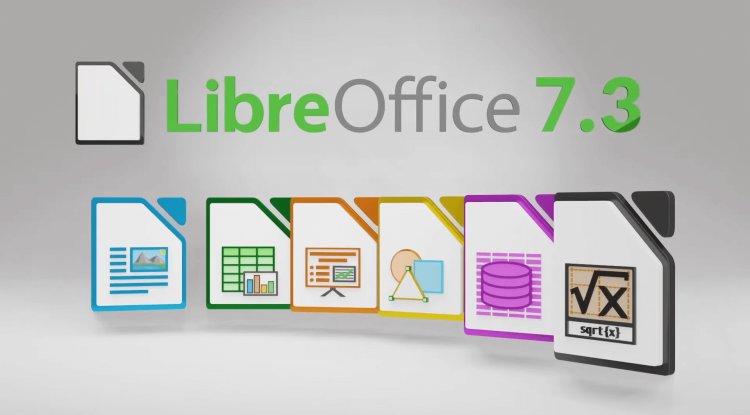 LibreOffice 7.3 is the latest version of the office suite, which is a great and free alternative to MS Office. He is now doing much better with files created using the latter.

LibreOffice is a great office suite. Of course, it is not without its drawbacks, but in many cases, it can easily replace the Microsoft Office suite. The latter, however, is still an absolute standard and the associated formats DOCX, XLSX or PPTX dominate the space. Compatibility with them has been quite a problem in the past, but the free LibreOffice has been handling them quite well for some time now. This has been further improved with the next update.

To better deal with “Microsoft” files, LibreOffice 7.3 has received some important fixes. These include support for tracking changes in tables and text movement. The performance of opening large DOCX and XLSX documents has also been increased, and the rendering speed of some of their elements has also been increased. Filters for importing and exporting files have also been improved, so that text documents, spreadsheets and presentations should display correctly in most cases.

This is not the end. What’s new in LibreOffice 7.3?

The list of new features in LibreOffice 7.3 also includes, for example, new functions in the ScriptForge libraries that facilitate the creation of macros in spreadsheets. In Writer, on the other hand, there is the possibility of adding hyperlinks to inserted shapes, and Impress increases the convenience of creating a bulleted list.

What’s next? Advanced auto-complete and color filtering in Calc’s “Standard Filter” window, quick and easy barcode and QR code insertion, enhanced printer management, uniform edge width across the package, and PDF export functionality with a full suite of options. The native support for Apple Silicon processors also deserves a mention. You can view a summary of these news and changes below.

LibreOffice is a natural choice for people who do not want to use or cannot afford the expensive MS Office suite. In September 2010, The Document Foundation was established, which oversees the development of this project, based on the OpenOffice package, launched 10 years earlier.

The LibreOffice office suite is available in a stationary and portable version, which can be run without installation from a USB flash drive, as well as portable and network drives.

It consists of six basic applications:

LibreOffice also has a built-in PDF creator with which you can create documents as well as open and read existing ones. The package is very popular in the world. Currently, it is available in over 30 language versions. LibreOffice is free to download, install and distribute without fear of copyright infringement. It is available in versions for Windows, Mac OS X and Linux - x86 and x64. From version 5.0.0 it also allows basic editing on Android.