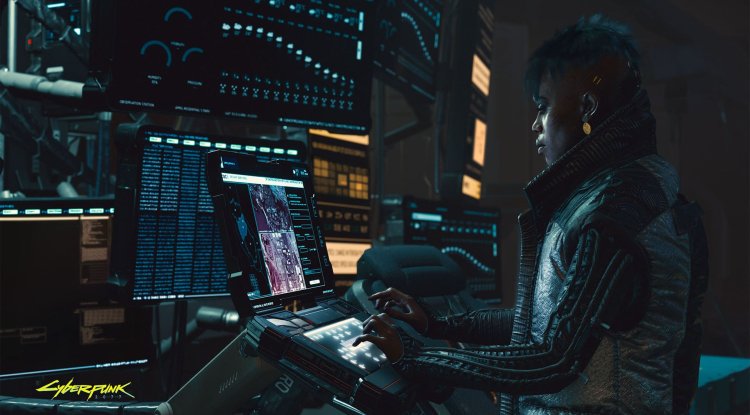 Using an SSD can significantly reduce game load times. It's a subject we've discussed before, and to which we dedicated a basic but informative post at the time, explaining how an SSD affects gaming performance. In it, we also take the chance to dispel several fallacies about this type of equipment, discovering that it can have a significant influence that extends beyond simply reducing loading times.

There has been a lot of rain since then. PCIe drives have become standardized, and while they have not totally superseded SATA drives, there is little doubt that their market share is growing and that they have taken on a significant role. In this regard, the launch of new generation consoles has also been crucial, and when these form the foundation of all video game creation, we will witness a complete transition to this type of storage unit.

Traditional hard drives will not be obsolete as a result of this change. These will continue to have their own market sector, but their presence in the world of gaming will become less and less sense, in the end, they cannot compete in performance with SSDs, and to play in decent conditions, it will become necessary to have a storage unit.

Perhaps SSDs will not be an exclusive requirement, but rather something that is required. This means that, while we can continue to install games on an HDD, we will eventually reach a point when we will have to endure very long loading times, popping effects, texture loading issues, and other issues caused by the mechanical drives' high access times and slow speeds.

SSDs have already demonstrated that they can make a significant difference in a variety of areas, the most important of which is the reduction of load times in games, but how far have we progressed thanks to the PCIe Gen4 x4 standard?

The most crucial feature is the storage unit because key aspects like access times and read speeds are dependent on it.

Yes, you are correct; the storage unit is a critical concern in this regard, so much so that the developers resorted to data duplication in the installs to alleviate the slowness of the mechanical units of the PS4 and Xbox One. So, if you install a game for those consoles that weigh, say, 100 GB, nearly half of that weight is duplicate data to make it easier for the HDD to identify the files it requires. Even with that exploit, load times on both consoles are already painful, so imagine what they'd be like without it.

However, while the storage unit is a significant factor in-game loading times, other factors such as the processor, RAM memory, and our Internet connection all play a role, especially in games that require you to verify and/or download something before you start. This has a very simple explanation: the processor, RAM, and SSD all work together to complete the game loading process. The CPU translates the raw information from the SSD into instructions and data that can be interpreted by the system and stored in RAM memory as well as the processor's caches.

The faster the CPU, the faster the "interpretation and translation" process that begins with game execution on the SSD will be completed, and the faster the RAM, the less time it will take to store and prepare everything you need to start the game. A slower CPU with fewer cores will take longer to complete tasks than a faster processor with more cores. The difference that a processor makes in-game loading times, on the other hand, varies tremendously depending on the title and can range from a few tenths of a second to several seconds.

Obviously, in online games that require a connection procedure with the servers, validation, and downloading and installing files and patches, the speed of our Internet connection and the state of the servers themselves will affect game loading times.

On the other hand, it has an impact on the optimization of the game itself, the anti-piracy system that it employs (we already know that Denuvo has an impact on performance), and the foundation upon which they have been built. This has been more than proven, since intergenerational transition games, for example, usually show a significant improvement when operating on an SSD, but this is less pronounced than in other titles built especially for the current generation of consoles.

An excellent example is Cyberpunk 2077. When running the PS4 version on the PS5 in compatibility mode, it took about 25 seconds for Sony's next-generation platform to finish loading. The loading time is reduced to less than 12 seconds, or less than half, with patch 1.5, which adapts the game to the next generation of consoles.

A high-performance SSD is a huge leap

In most cases, using a traditional 7,200 RPM hard drive to play games is no longer recommended, not only because loading times for some games can exceed a minute, whereas on an SSD we would only have to wait a few seconds, but also because in certain games those types of units act as a major bottleneck, causing unpleasant problems ranging from micro-jerks to very noticeable popping effects.

Cyberpunk 2077 is yet another excellent example, albeit it is far from the only one. All of the components that surround the player in games with an open world approach that allow us to explore enormous areas are generated based on the player's actions. The storage unit must be up to the task in order for the graphics engine to reach its full potential because otherwise there will be delays in loading those elements, which can mean that we do not see some objects on the map, or that they come unexpectedly and give us a good scare.

A standard HDD may achieve a sequential reading bandwidth of around 200 MB/s, however, when mechanical parts are used, the latency caused in access times is extremely significant.

In comparison, a new generation SSD based on the PCIe Gen4 x4 standard may achieve 7,000 MB/s in sequential reading and has very quick access times because it does not need mechanical elements. Finally, the difference between an SSD and an HDD is huge and affects many factors, not just game loading times.

For example, when running Cyberpunk 2077 on an HDD, the loading time of a game is substantially longer, and after the loading process is complete, it is plain to see that they have not finished producing and loading all of the scene's assets. This "popping" effect continues while we play, and is accompanied by jerks and stops in regions where data must be reloaded.