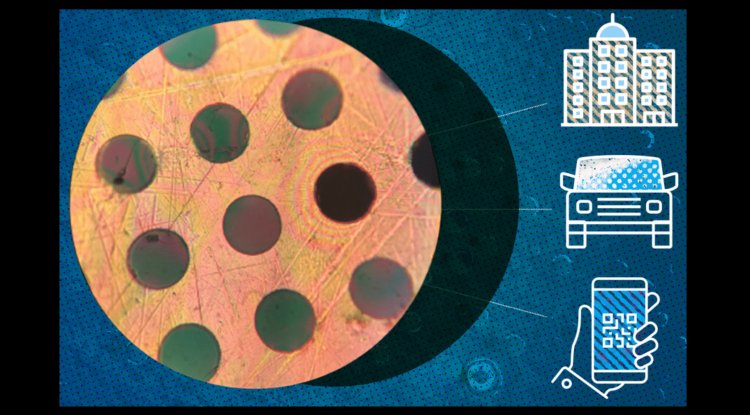 Lightweight, resistant, and ready for mass manufacturing all at the same time. The name 2DPA-1 may not sound particularly attractive, but it's difficult not to get the idea that there's a fantastic material beneath it.

It can be found in smartphones and other electrical devices, as well as automobiles and as a building material. Because the 2DPA-1 polymer material is as strong as steel and as light as plastic, it can serve as a good substitute for the latter. Another reason in its favor is that it is simple and inexpensive to mass-produce. At least, that's what its authors, scientists from the MIT institute's chemistry department, contend.

The yield strength of 2DPA-1 material is twice that of steel and six times that of bulletproof glass. This means it might be utilized as a thin and exceptionally durable protective coating for electronic items and automobiles. Scientists believe it will also find use in the construction industry as a bridge-building material. It is particularly impervious to gases and liquids.

MIT's gifted chemists have accomplished the seemingly impossible. They were able to combine polymer molecules into two-dimensional structures (similar to sheets) known as polyamides. These must then be stacked on top of one another and are held together by strong hydrogen bonds. "This process occurs by itself in solution, and once the material is created, we can readily cover thin and incredibly strong layers," stated senior author Michael Strano.

The material's action is similar to Velcro in that instead of having one pair of loops and a hook, we have several of these pairs that bind together and make the 2DPA-1 indestructible (unless you use twice as much force to break the steel).

Many similar "wonder materials" have existed in the past, but they have not achieved commercial success for two basic reasons: too high production costs or inability to transition to mass production. According to MIT scientists, neither of these issues happens in the instance of 2DPA-1. The ingredients are reasonably priced, and the manufacturing process is not overly difficult.

The best thing is that this polymer self-assembles. It is sufficient to care for the right monomers and the environment, and the sheets develop spontaneously, with hydrogen bonds forming between them. According to Strano, it is a sort of autocatalysis that occurs when a chemical reaction acts as both a catalyst and a trigger for another process.

This remarkable polymer material might thus become impenetrable protection for our devices and cars in the future, as well as structural support for the structures surrounding us. For the time being, scientists are awaiting the issuance of two patents, after which they will be able to begin more particular conversations on this topic.