Maybe someone is tracking you with an AirTag token?

It helps some find keys, and some abuse it to spy on it - this way you can find out if someone is tracking you with an AirTag token... 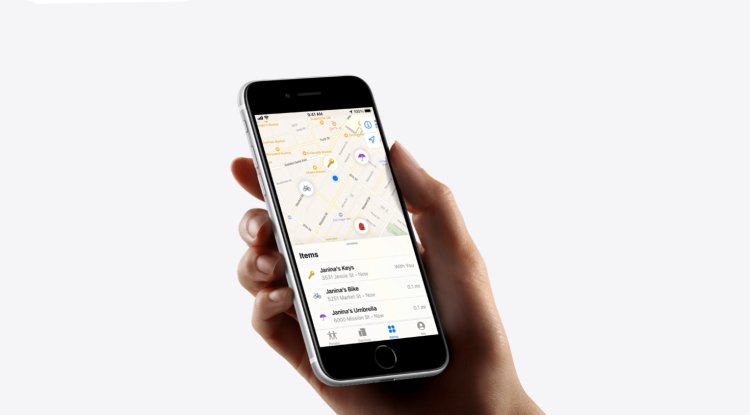 It helps some find keys, and some abuse it to spy on it - this way you can find out if someone is tracking you with an AirTag token. Apple’s miniature tracking system is used to find luggage, keys, wallets and other private items due to its high accuracy.

Apple’s AirTags are a great tool for finding small items like keys or TV controls, but lately, we’ve been reading more and more about stalking by planting a small device, such as under a car’s bumper. Thanks to software upgrades, all iPhone owners using iOS 14.5 or later should get a reminder that there is an unknown AirTag near the device. Apple’s official website, however, does not specify how long it takes before the device sends this warning, writes Wired.

In any case, after pressing the ‘warning’ you will get the option to activate the sound on the AirTag to make it easier to find. Also make sure that you activate alerts about unknown AirTags in the Find My app. To do this, click on the Me icon in the lower right corner and activate the Safety Alerts item in the reminders.

A few months after the release of AirTag, Apple also launched a distribution of the Tracker Detect app, which can be installed on Android. Unlike the security feature for the iPhone, this Android app doesn’t search for AirTags automatically, but the user has to activate it.

According to Eva Galperin, head of cyber security at the Electronic Frontier Foundation, the reason for the limited functionality of the application is quite complex. "It’s a limitation present on Android that could be solved for Apple and Google to work together, but as they’re a competition, I don’t see it being worked on any time soon."

Although some guides to finding AirTags include using a Bluetooth scanner, Galperin doesn’t think the method is reliable. "I’ve tried to use all kinds of Bluetooth detectors to search for AirTags and the problem is that they only work sometimes," she said.

It should also be born in mind that millions of people do not use a smartphone, which means that if they do not have a device with which to search for AirTag, it is easier to spy on them. It is also important to know what the AirTag looks like. It is a small silver token with an Apple icon.

After it came out, the token made a hissing sound when the owner would spend some time at a great distance from the device. Apple has subsequently reduced the signaling time to less than 24 hours, but despite the upgrade, the AirTag search by sound is not very reliable. A lot of videos on YouTube show how the speaker on the token can be turned off while Etsy was soon flooded with ‘silent’ AirTags.

What if I find an AirTag?

If you find that you are in danger because of the found AirTag, it is important to call the police. "If you think your security is at stake, call the police, who will work with Apple to gather information about the token. You may need to provide the device serial number, Find My plug-in, AirTag and AirPods if you do this," Apple explains.