Motorola has introduced the Moto Watch 100

Motorola has introduced a new watch from the Moto series, the Moto Watch 100. Motorola costs only $ 100 and it will be powered by Moto Watch OS operating system 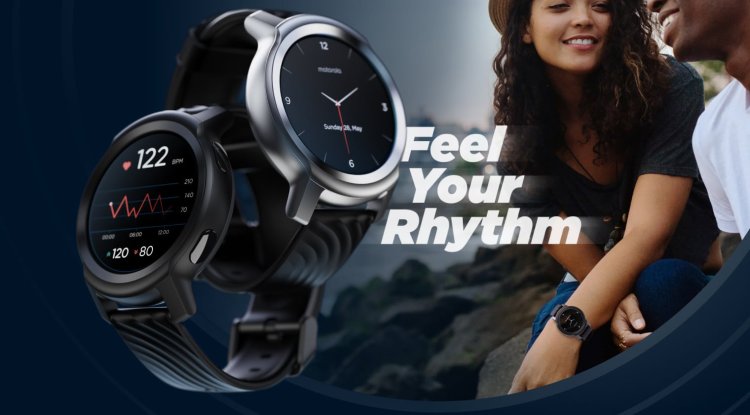 Motorola has introduced a new watch from the Moto series, the Moto Watch 100. This watch is a kind of successor to the Moto 360 watch, but it does not run Wear OS and is significantly more affordable, which could compete with Xiaomi watch studs. Motorola costs only $ 100, and the watch will be powered by a specially designed Moto Watch OS operating system that will allow it to last up to 14 days.

It comes with a 1.3 LCD screen with a resolution of 360 × 360 pixels that is inserted into a 42 mm aluminum case weighing only 45 grams and waterproof to a depth of 50 m. The watch will have 20 mm straps with a quick-change buckle, and you will be able to combine the straps with the black or gray color of the case.

It supports the measurement of 26 different sports with the help of a gyroscope and an accelerometer. In addition to the heart rate sensor, there is also a SpO2 sensor of blood oxygen saturation, and the only thing that has not yet been confirmed is the GPS that was shown on the promo materials.

It should go on sale in December. More information about the watch can be found on the motowatch.com page.