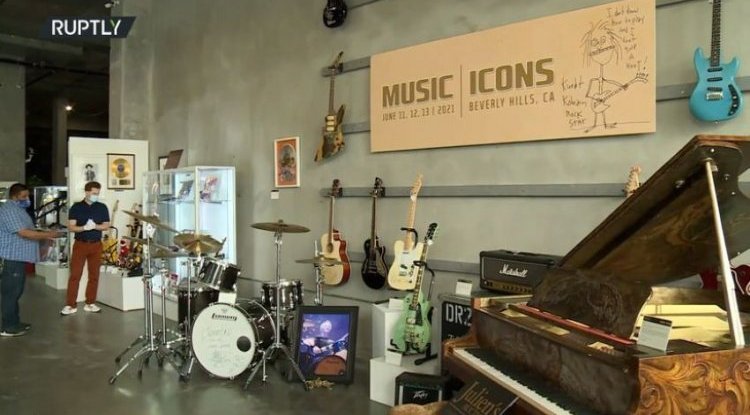 An out-of-this-world music auction will be held in Beverly Hills these days.

"The most desirable item at our auction are the texts of Bob Dylan. We have the lyrics of the song "Lay, Lady, Lay" which was found among his belongings in the basement 35 years later, and we expect that it will "bring" 480,000 or even 600,000 dollars."

"Britney Spears is an entertainer. She made millions of people laugh, and here we have two letters dedicated to a boy from high school. In one letter, she describes without any anxiety about the way he treated her. And the other is a farewell letter. We expect that it will bring us somewhere between 3,600 or almost 6,000 euros per piece" - said the director of the auction, Darren Julien, for the local media.

See what the auction looks like in the video at the beginning of the text.