Shortly before the release of From Software's Elden Ring, Noblechairs has a special copy of their Hero gaming chair series in its range. 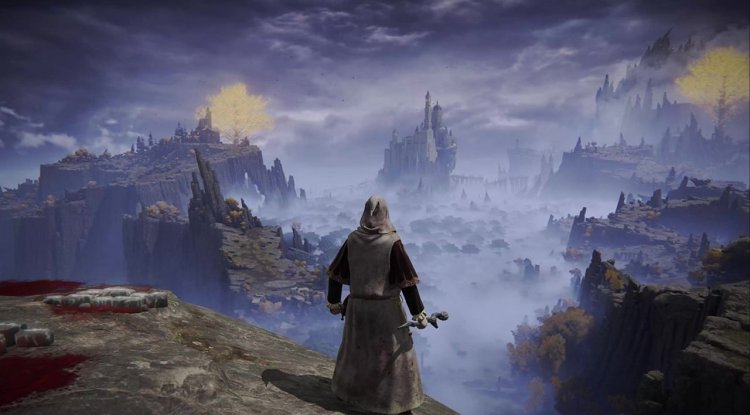 Shortly before the release of From Software's Elden Ring, Noblechairs has a special copy of their Hero gaming chair series in its range. The special edition comes in the design of the next action role-playing game from Japan. The chair is black and has several golden embroideries - matching the Elden Ring - as a highlight.

The chair is made of black PU faux leather with an integrated memory foam headrest. The chair is decorated with golden embroidery. The logo of the Elden Ring is emblazoned on both sides of the backrest. There are other golden elements on the front.

The backrest of the Noblechairs Hero series was developed together with e-sports professionals. It should adapt to the natural curvature of the spine. In addition, the chair has a rocking function that allows a maximum inclination of eleven degrees. The angle of the backrest can be adjusted from 90 to 125 degrees. The backrest and the seat are enlarged. Also included is an integrated and adjustable lumbar support.

The chair consists of a robust steel frame and can be loaded up to 150 kilograms. The base with its five arms is made of solid aluminum. The 60mm rolls are made from nylon core and coated with polyurethane. This should ensure that they are particularly quiet and are suitable for both hard and soft floors. The Noblechairs Hero Elden Ring gaming chair can be bought at their official website for 460 dollars.

In other news, after about four years, ASUS has made some folds on the ROG Fusion II 500 gaming headphones. It had a more restrained design than its second-generation predecessor and still has software-controlled RGB lighting. While the 50mm diameter drivers and the presence of virtual 7.1 sound also remained.

Although the size of the ASUS Essence speakers has not changed, we can expect some improvements in terms of sound, as the ESS 9280 Quad DAC, among others, plays a role in the sound, with four separate converters for bass, midrange, and treble. And ultra-high sound range.

A microphone has also been developed, and a combination of AI letters is emerging, which is now very modern in the area of ​​the product page. It is already used for things that have nothing to do with machine learning. This time, however, the product has everything to do with it. The algorithm is said to have “listened” to over 500 million different noises, such as background conversations, mouse clicks and buttons. ASUS claims to be very effective in filtering user voices and sound effects during a call.