The developers of New World had to paralyze the entire economy of the MMO again after the discovery of another item exploit. How could it come to that again? 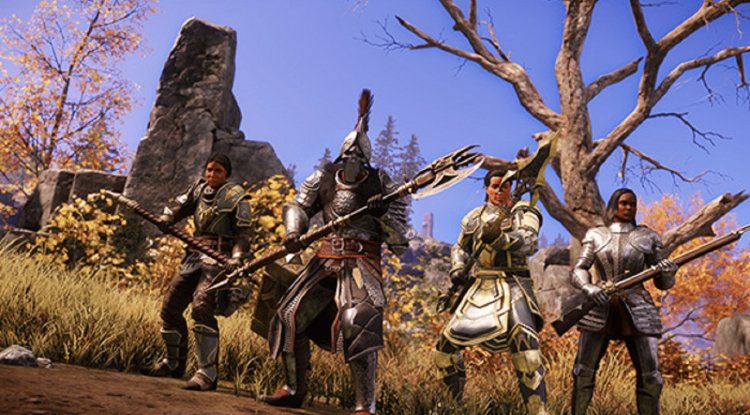 Just recently, the developers of Amazon Game Studios had to deactivate trade and thus the economy in New World due to an item exploit. Because over the weekend, resourceful players discovered a new glitch in the MMO that enabled them to easily duplicate items. In this way, a particularly expensive trophy could be reproduced and ultimately sold for a lot of money. So, in the end, the developers had to shut down the economy completely. How could this happen?

New World: Amazon Games initially did not respond to the item exploit

The item exploit in question was quickly shared en masse on the official New World forum. Players explained the exact nature of the exploit. At the same time, the first publications also made it clear that an attempt was made to warn the developers about the exploit. Since Amazon Games did not react, however, the public path was chosen. So the developers did not act when the exploit was not communicated publicly, but only when the cat was really out of the bag - the developers really had to act before the entire economy of the MMO would have been destroyed.

A community manager from New World finally answered rather meekly, declaring that the team was now aware of the duplication exploit. As a result, the developers announced that they would disable all types of wealth transfers. The sending of currency, guild supplies, trading within the trading post, and also trading between players has been completely paralyzed. The developers, however, would research the item exploit and only reactivate the economy as soon as the problem could be solved. The players were, of course, anything but enthusiastic and often wrote off the MMO for themselves. So now it's time to drink tea and wait.