HMD Global has announced a new G Series model, the Nokia G50, which has interesting features but also an affordable price. 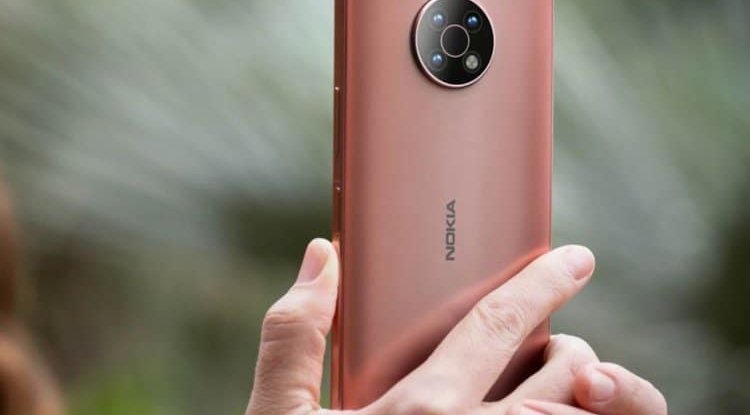 While we wait for October 6 and the presentation of one special Nokia device, HMD Global, the home of the Nokia phone, presented another G series device.

Nokia G50 is the so-called entry-level 5G model, which has improved specifications compared to the Nokia G20 model, but also a recommended retail price of $320, which will be its biggest asset.

The Helio G35 chipset from the Nokia G20 has been replaced by the more modern Snapdragon 480 chipset (12 nanometers versus the more powerful eight), which has two large Cortex-A76 2.0 GHz cores and six smaller Cortex-A55 cores, 1.8 GHz with Adreno 619 GPU and Qualcomm X51 5G modem.

In addition to the upgraded chipset, there is up to 128 GB of memory, a microSD card slot with a capacity of up to 512 GB (or Dual SIM option), and 4 GB of RAM.

The screen is probably the largest ever built into a Nokia phone, with a diagonal of 6.82 inches, a maximum brightness of 450 nits, and support for 70% of the NTSC color system. Unfortunately, the resolution remained HD +, as on the Nokia G20 model.

The rear camera has three units - the main camera with a resolution of 48 MP, an ultra-wide resolution of 5, and an auxiliary sensor for the depth of field, and 2 MP portraits. The front camera has a resolution of 8 MP wide-angle and with frame stabilization, so that the selfies are of better quality, and the videos have less shaking and the frame does not sway. All cameras record a maximum of 1,080p video at up to 30 fps.

A pleasant surprise is Wi-Fi, which also supports the latest standard 6, and there are also Bluetooth v5.0, FM radio, GPS with all services (Galileo + BeiDou), USB Type-C port, 3.5 mm input, but also very useful NFC for mobile payment and other options. The battery has a capacity of 5,000 mAh, it charges at a speed of 18 watts (you get the charger in a box), and it will be available for up to two days of autonomy.

The phone will receive two Android OS upgrades, up to Android 13 systems, and three years of security and Google patches every month, which still represents a step forward compared to the competition not only in this price range. The fingerprint scanner has been moved from the back to the right side, and the front camera can be used as part of a phone unlock system by scanning the face.

The phone will soon be on sale everywhere.

What do you say about the Nokia G50 phone?