Nvidia lets the January date that they set pass

That was probably nothing: The RTX 3090 Ti shown at the beginning of January was actually supposed to be presented in more detail in January. 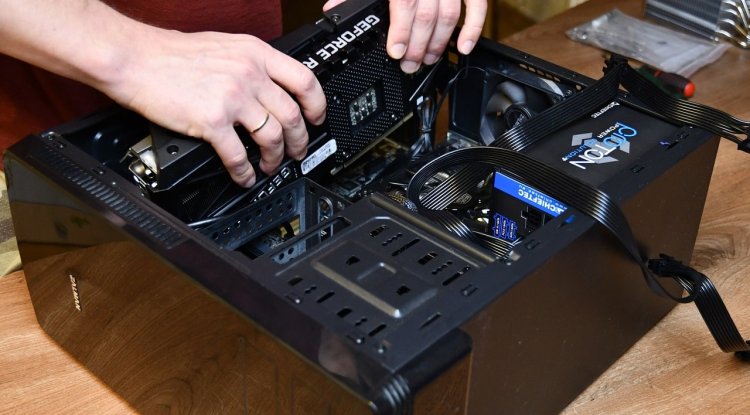 That was probably nothing: The RTX 3090 Ti shown at the beginning of January was actually supposed to be presented in more detail in January, but Nvidia missed the deadline. The rumored problems are becoming more and more likely.

The series of recently rather unusual GPU launches at Nvidia continues. After the 12 GB versions of the RTX 2060 and RTX 3080 did not follow the usual pattern and only the RTX 3050 was announced and sold, as usual, there is also mild guesswork for the RTX 3090 Ti.

The new Ampere flagship was announced at the beginning of January as part of the CES live stream. The announcement might sound like more than actually happened. In the end, Nvidia's Jeff Fisher briefly held the thick card up to the camera and rattled off some data. Nvidia promised more information "during January". This period was then somewhat limited by board partner EVGA. So you actually wanted to announce something new on January 27th, 2022, everyone was thinking of the RTX 3090 Ti. Ultimately, EVGA presented an innovative gaming PC with a carbon fiber frame as housing on the day - in which an RTX 3090 Ti from Kingpin is very likely to be seen.

January is officially over and the further information promised by Nvidia did not come. It is doubtful whether Nvidia simply forgot to launch the RTX 3090 Ti. As early as mid-January there were rumors that Nvidia had unexpectedly asked the board partners to pause the graphics card production of the 3090 Ti. There should be problems with the BIOS or the hardware that would have to be fixed first. Testers are waiting for their samples - they were originally supposed to arrive last monday, but they didn't.

We also learned some stories about Nvidia’s next-generation ‘Lovelace‘ graphics cards, which may double the power requirements, which could mean looking at 600W, and this kind of forward driving with power at the highest level with the Ampere. It seems that this may not be as unrealistic as it was when we first heard the speculation. By the way, it is also rumored that AMD will significantly increase energy consumption for the next generation.