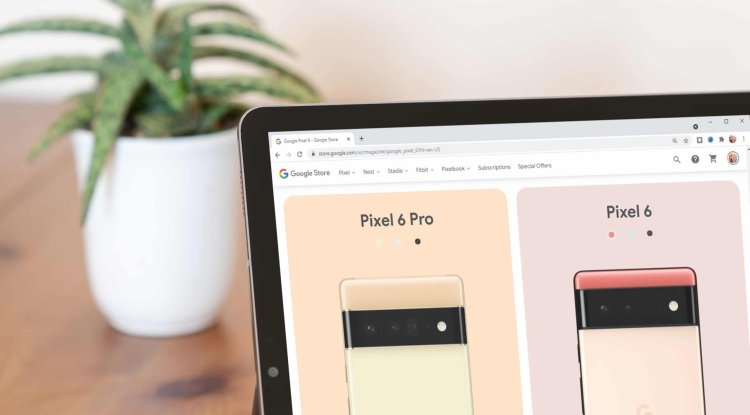 The Pixel 6 has made its official appearance, and despite its lower-than-expected pricing, Google's new phone is a significant boost over the Pixel 5. With the debut of the Pixel 5 last year, the firm has moved completely away from the 'flagship' appeal of its Pixel family. A phone that lacked the customary flagship-level chipset and fit into a package that resembled the cheap Pixel 5G series.

The Pixel 5 wasn't a bad phone in and of itself, but it felt more like an experiment, with Google clearly testing the waters to see how to market reception shaped. Google has struggled to sell its flagship Pixel phones over the years, owing primarily to the high asking price in a market dominated by Apple and Samsung in North America, while Chinese brands dominate in other places.

With the Pixel 6, it appears that things are finally turning in Google's favor.

The Pixel 6 has a redesigned design that looks more premium and appealing than the Pixel 5's low-key and relatively dull style. However, it was on the inside that things really took a turn for the worse. The Pixel 6 has a larger 6.4-inch FHD+ display with a refresh rate of 90 Hz, whereas the Pixel 5 has a smaller 6-inch display with the same refresh rate and peak brightness output.

Google, on the other hand, has gone with an in-display fingerprint sensor this time, and the selfie-snapper is also in the center.

The Pixel 5 was powered by Qualcomm's Snapdragon 765G SoC, which was combined with 8GB of LPDDR4X RAM and 128GB of internal storage.

The Pixel 6 features a Tensor chip, which Google claims is 80 percent quicker than the Snapdragon chip found in the Pixel 5. The Titan M security chip in the Pixel 5 has been upgraded to the new Titan M2 version of the Pixel 6, which includes extra safety features. The Tensor chip is also combined with 8GB of faster LPDDR5 RAM and storage options of 128GB and 256GB.

The Pixel 6 offers significant improvements in the camera sector. The Pixel 5 included a 12-megapixel main camera and a 16-megapixel ultra-wide camera, with an 8-megapixel camera controlling selfies.

The Pixel 6 features an improved 50-megapixel camera as well as a 12-megapixel ultra-wide camera. The selfie camera in both generations is the same – an 8-megapixel sensor with a nearly equal field of vision. The Pixel 6 brings a slew of new camera functions, including Magic Eraser and Face Deblur, that make full use of the Tensor chip's computational photography power.

With the latest Pixel smartphone, battery capacity and charging speeds have also grown.

Another area where the Pixel 6 appears to be a much better offering is software.

The Pixel 5 will receive its final security update in October 2023. Google has committed security upgrades for the Pixel 6 for the next five years, which means the phone will be supported until the second half of 2026. It will also be updated in terms of security. a slew of one-of-a-kind features via the regular Pixel things that appear In terms of pricing, Google surprised the most people.