Players don't yet understand the benefit of Quartz

The minds behind Ubisoft Quartz have commented on the NFT platform in an interview, claiming that players are yet to see the benefit of Quartz. 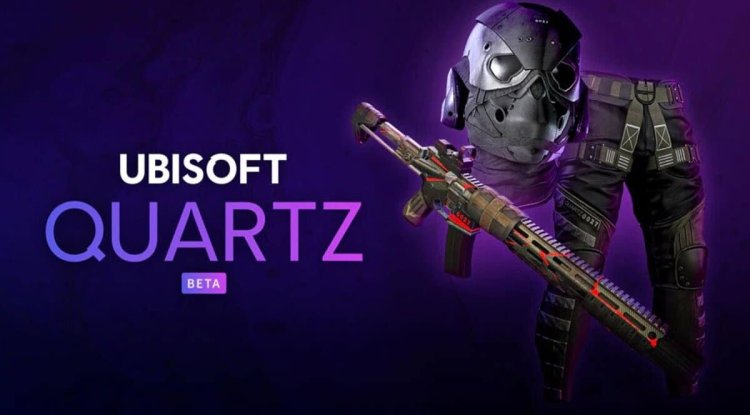 The minds behind Ubisoft Quartz have commented on the NFT platform in an interview, claiming that players are yet to see the benefit of Quartz. Despite all the criticism, Ubisoft wants to continue to hold on to the system.

Game publishers EA and Ubisoft recently announced that blockchain may be the future of the game industry. The French publisher Ubisoft already has a platform for NFTs at the start, which is called Quartz and which is not very popular with gamers. Many players reject Ubisoft Quartz. In an interview, the company now explains that players have not yet understood the strategy behind NFT. On the Quartz platform, each item is given a unique code before it can be traded.

Players should be able to earn virtual money with NFTs

Nicolas Pouard, VP of the Ubisoft Strategic Innovations Lab, explains that it was already expected that explaining the strategy behind Quartz would not be easy. According to Pouard, Ubisoft never wants to force players to use Quartz. Digits should not become new microtransactions or loot boxes. The requirements of owning a Ubisoft game and having played it for at least two hours are intended to make it more difficult for speculators. Quartz aims to allow players to earn virtual money by selling items to other players once they are done with those in-game items. Of course, Ubisoft earns money with every transaction. The objective is for players to hunt for rewards and then share them among themselves. From the original idea that a game should be fun and entertaining, this formulation differs greatly. By the way, if you want to read up on the subject of NFT, you will find a lot of literature on Amazon, for example, "NFT for beginners".

"We really believe that what we're doing [with Quartz and Digits] is going in the right direction. I don't think players understand what a digital secondary market can bring for them. Peope think that NFTs are destroying the planet and are just a tool for speculation, but what we're seeing first [at Ubisoft] is the endgame, it's about giving players the opportunity to resell their items when they don't need them anymore or don't want to play the game anymore. So it's really for them. It's really beneficial. But they don't get it right now." - Nicolas Pouard, VP of Ubisoft Strategic Innovations Lab.

In order to avoid a negative connotation of the digits as much as possible, Ubisoft has decided not to refer to the underlying blockchain technology on the Quartz platform. As Pouard explains, players know Digits are NFTs, so needless to say. On Ubisoft Quartz there should be a safe environment to trade with the Digits, which consist of in-game items.

In the first batch of Digits for Tom Clancy's Ghost Recon Breakpoint that Ubisoft released via Quartz, most long-time players ordered one of the tokens. In total, the French had offered 2,500 tokens, according to Didier Genevois, blockchain technical director at Ubisoft. Not all Ubisoft employees are said to be compliant with the strategy towards NFTs. Ubisoft CEO Yves Guillemot has previously announced that it is investing in play-to-earn games and believes these blockchain games will be the next big hit in the industry. Finally, players can resell in-game content using cryptocurrencies. Ubisoft is one of the founding members of the Blockchain Gaming Alliance and has previously invested in crypto gaming farm Animoca Brands.

Konami recently made a name for itself when it sold digital artwork in the form of NFTs for the 35th anniversary of the Castlevania fantasy series, raising more than $162,000. The anti-virus program Avira has recently added an optional function that allows the PC to automatically dig for cryptocurrency when it is idle.