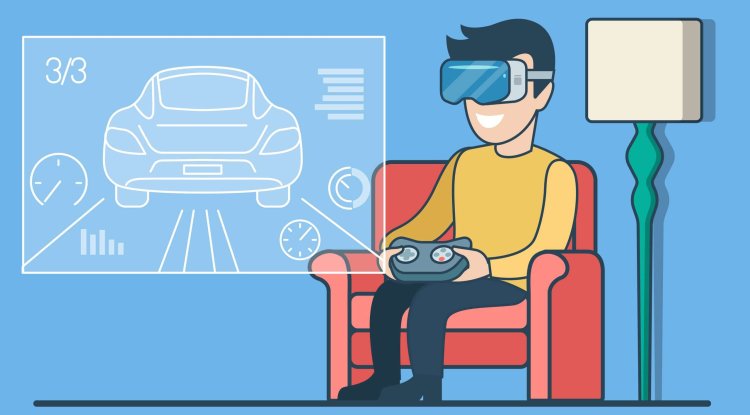 With the release of the Playstation 5 last year, speculation about a possible announcement of the PSVR 2 is also growing. We are collecting all the rumors about the VR headset.

After the release of the Playstation 5 in November 2020, the demand for a new virtual reality headset has also grown - after all, Sony’s current PSVR is compatible with the next-gen console, but requires tools to work with the PS5 and can hardly exhaust their performance.

Accordingly, Sony announced in a blog post in February 2021 that the company was working on a new model. As part of a developer conference, possible outlooks on new details for the upcoming PSVR 2 have now been published. When a release can be expected and further information on price and specs can be found in the following overview.

Sony officially unveiled the new PSVR headset at CES 2022. The new PSVR2 has an OLED display with 2000 x 2040p with up to 120 Hz. Sony promises VR gameplay in 4K HDR with a field of view of approx. 110 degrees. There is also an inside-out tracking system, which means that no external cameras or sensors are required.

The Playstation VR2 also uses eye-tracking technology and foveate rendering. With the latter, only the exact image section is rendered that the person is currently looking at. In addition, the headset should provide haptic feedback when playing, and not just for the controllers. Players should be able to directly feel special effects such as the thrust of a vehicle or the pulse of their own game character.

A first game was also announced, namely the PSVR exclusive “Horizon: Call of the Mountain”. This of course belongs to the popular “Horizon” game series by Sony, but in this case, it will do without the main character Aloy. Instead, we explore the game world on our own and immerse ourselves in the fantastic, eschatological landscapes.

As Sony announced at the conference with developer studios according to the online portal “UploadVR”, the new PSVR 2 will appear with finger tracking. This allows the headset to recognize the finger position even if it is not directly on the controller.

In addition, a change in the development of VR games for the Playstation 5 is planned. The virtual reality games are no longer to be developed separately as with the first generation of the PSVR. Instead, the plans provide that future top games should also offer an alternative mode in which you can immerse yourself in virtual reality.

It is expected that the PSVR2 will be delivered with OLED displays and will support HDR, among other things. The resolution of the built-in display is said to be 4,000 x 2,040 pixels and can thus play up to 8K content.

However, the company did not provide any information about the release of the new PSVR 2 or about a possible price for the VR headset. The only thing that has been confirmed since the announcement is that a publication is no longer expected in the near future. The focus is now on the end of 2022 to 2023. Until then, a PS5 Pro could also be expected, which could bring the necessary power.