PS5 is getting new galaxy colors in 2022 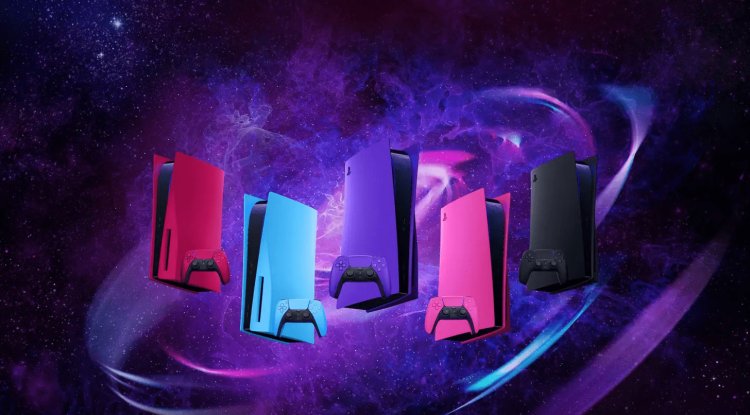 Sony offers new customization options for the Playstation 5 at home, including the Dualsense Wireless Controller. In the summer of this year, the PS5 controllers were already given the colors Cosmic Red and Midnight Black. The console itself will receive the same treatment in January 2022, because the Playstation 5 will then have covers in the same colors.

There were already some PS5 covers made available for purchase, however, Sony was not the manufacturer. The company which made said covers even got sued for copyright infringement by Sony.

Both the PS5 with Ultra HD Blu-ray drive and the Digital Edition can be equipped with the covers and are for sale separately from the console and the Dualsense controllers. The latter will receive an update in January with three more galaxy-inspired shades: Starlight Blue, Nova Pink and Galactic Purple. PS5 covers in these colors are to be released in the course of the next year, according to Sony information.

In the US, UK, France, and Germany, some of these products are expected to be available to customers via early access on direct.playstation.com. The Dualsense Wireless Controller in Galactic Purple will be available there from January 14th and from other participating retailers from February 11th. The PS5 covers in Midnight Black and Cosmic Blue will be available from January 21st on direct.playstation.com and from February 18th at other participating retailers.