Samsung did not change the design presented last year, so you will find it difficult to distinguish the S22 + from the S21 + at first. 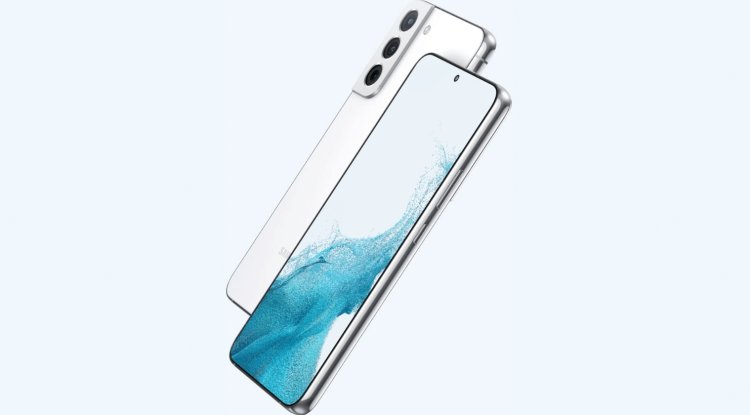 Samsung’s Galaxy S22 series is coming to market, and the first review of one of them is coming. Galaxy S22 + model that stands out as the golden boy in the middle of this Galaxy S22 trio.

Compared to its strong predecessor, the Galaxy S22 + is 4mm shorter, a hair wider and thinner. In this slightly more compact case, Samsung has placed a slightly smaller screen, now 6.6 instead of last year’s 6.7 inches. It’s still a big phone, but not as big as the Galaxy S22 Ultra, which is just a carcass.Samsung did not change the design presented last year, so you will find it difficult to distinguish the S22 + from the S21 + at first. The front is completely flat, the screen has rounded corners and an asymmetrically thin frame. Above the screen in a practically imperceptible gap is the handset or speaker. The frame of the phone is made of some kind of reinforced aluminum and with precisely made openings and buttons in typical places for Samsung.

Both the front and the back are protected by Gorilla Glass Victus + glass, and the entire phone is waterproof to IP68 certification. At the rear is a practically identical triple camera module located at the upper left corner. The edges are comfortably rounded. There is nothing on the left, and on the right are superbly crafted metal Power and volume buttons. There is only one microphone at the top, and a USB C at the bottom, a main microphone and speaker, and a tray for two nano-SIM cards.

So what was on the predecessor was missing: a 3.5mm audio jack for headphones and a memory card slot. The fingerprint reader is ultrasonic, below the screen.All in all, it is an attractive phone, top quality workmanship, and it is available in as many as eight colors from classic phantom black to interesting shades of green, rose gold and others that you might like.

The top-of-the-line display is one of the features that makes you buy Samsung’s Galaxy S series phone. You’ll get it here too. Slightly smaller than its predecessor, this Dynamic AMOLED 2X panel offers a 6.6-inch diagonal, adjustable 120Hz refresh rate, HDR10+ and a brightness that goes up to a maximum of 1750 nits. The resolution is FHD+ and with over 390ppi it will offer sharpness of the display without noticeable pixels. The color rendering is fantastic, the contrast too, and the readability at an angle exemplary. The brightness did not disappoint even in direct sunlight. 120Hz refresh guarantees super smooth scrolling through on-screen content and smooth interface animations.

AlwaysON notification display is also supported, and it is practical that you can turn on the screen by lifting in front of the face and tapping, as well as turn it off. Many will like that it is completely flat, and Gorilla Glass Victus + protection will protect it from scratches even better than its predecessor. In short, with the Galaxy S22 + you will get a top screen.

The Galaxy S22 and this S22 + share cameras, so you’ll get a total of four cameras on both models. At the front in the hole in the screen is a 10MP selfie camera for very good portraits and 4K video, and at the rear the configuration is still slightly different than last year. The rear of the Galaxy S22 + has a 50MP main camera with f / 1.8 aperture, Dual Pixel PDAF autofocus and OIS stabilization. It also has a 10MP telephoto camera with OIS for 3x optical zoom and a 12MP ultra-wide camera.With these rear cameras, the S22 + records video up to 8K resolution, but I believe you will stick to 4K up to 60fps.

The camera interface has not changed much, and offers, as usual, a handful of options and tools. In addition to the automatic mode, there is also Professional Photo and Video. Portrait for Photos and Video, Night, and there is also Samsung’s Director’s Display, which offers shooting to all cameras at once, including Single Shooting. So the option has as much as your heart desires, and using the AI ​​device itself, it suggests and launches Night Mode when it concludes that it is the right time.

The daytime photos are great, full of detail and with vivid color reproduction, and it keeps a lot of detail even in demanding night conditions. He does portraits quite well, separating the background from the subject, both with the main and selfie camera. The ultra-wide camera will load a lot into the frame without excessive distortion along the edges, and the telephoto camera triples the optical zoom and takes great photos during the day. 4K video has pretty good stabilization and also captures a bunch of details during the day.

One of the biggest innovations brought by the entire Galaxy S22 series is Samsung’s new Exynos 2200 chip based on 4nm architecture. This is the first SoC for mobile devices with AMD graphics, which is called Xclipse 920. With it, Samsung promises top graphics performance in games and. With 8GB of RAM and 128 / 256GB of data memory, Galaxy S22 + works nice and fast. Are therefore top-notch with the occasional hiccup animation.

In terms of sound quality, know that the Galaxy S22 + is equipped with stereo speakers, signed by AKG. One is at the front above the screen and the other is down at the bottom edge. The sound is great and loud enough, the headphones connect to USB C or wirelessly, but the adapter will not be in the package.

You do not have to doubt the quality of phone calls, as well as all forms of connectivity. There is, of course, also NFC for mobile payment. The ultrasonic fingerprint reader under the screen is fast and reliable, and it also has a Face Unlock for unlocking the face. With a battery capacity of S22 +, it has lost 300mAh compared to its predecessor and has a 4500 mAh battery, but with a new 4nm chip and a slightly smaller screen, it keeps impressive autonomy with now even faster 45W charging.