ROG laptops have a tradition in the gaming laptop market. Talking about this brand is referring to a computer ready to run video games without 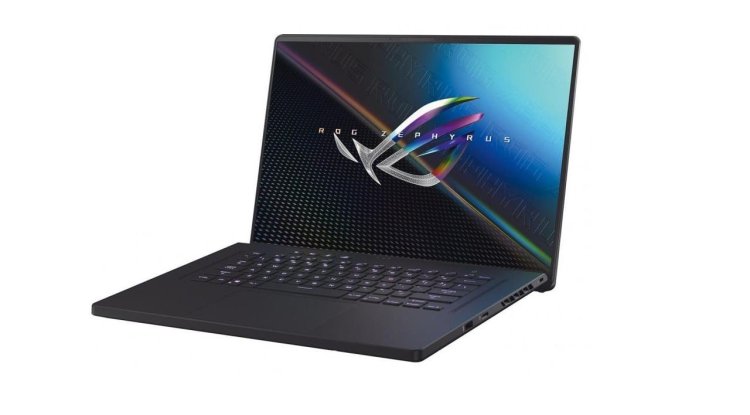 ROG laptops have a tradition in the gaming laptop market. Talking about this brand is referring to a computer ready to run video games without worrying about the lack of power. In addition, the external design of these teams has been refined and they are now sleeker than before, but the powerful specifications have remained a constant.

The ROG Zephyrus M16 continues in that line of equipment designed to play, although with a sober design that makes professional users also consider it an alternative. The equipment has a weight of 1.9 kilograms and its thickness is 1.99 centimeters, so transporting it is not martyrdom.

Sober on the outside

Another important detail, which in addition to aesthetics has to do with functionality, is the screen. it is 16 inches (2,500 x 1,600-pixel resolution), but with a 16:10 ratio that, in addition to its good definition, allows it to occupy the chassis of the equipment very well.

The M16 has a backlit keyboard and a few function-specific keys on the top, although it lacks a numeric attached, as is the case in larger, similar equipment. In general, this laptop has a striking design and nothing outlandish, which already seems a trend of these models for gamers.

Special mention for the back of the screen, which has a very striking finish to the eye and adds a bit of elegance to a team that aesthetically fulfills very well.

In general, ROGs are high-end laptops; even the most basic equipment has above-average specifications. The Zephyrus M16 is no exception, although it has some nuances in terms of its video card.

Equipment specifications are as follows:

The i7-11800H processor is clearly the spearhead of this notebook, so there will be no problem with tasks where most of the work is taken by the CPU.

In my tests, I used Handbrake software to encode videos in H.264 and the rendering times were as expected, depending on the length of each file.

The tricky detail when executing more demanding tasks is in terms of noise. The computer fan sounds quite loud and not only that: the hot air reaches the screen directly due to the ventilation spaces on the back of the keyboard. This results in the lower area of ​​the IPS panel receiving all the heat. The question that remains is whether this could cause problems over time.

I'm not sure if this happens in other ROG designs - I haven't tried all of them - but I get the impression that this is an item to review for future iterations. All in all, this is a gaming notebook that will have to endure long fan sessions, running flat out, and bringing heat to the screen.

The Core i7 that powers this laptop is more than enough for any current game, there is no doubt about that. In contrast, the RTX 3050 Ti graphics card may give less consistent results, especially on more GPU-demanding titles.

An example of this is Control, the Remedy Games game whose lighting effects make the most of the video card. To achieve a frame rate higher than 60 you have to move various visual settings until you find the correct setting; NVIDIA DLSS is a must here, by the way.

Forza Horizon 5 and  Halo Infinite are other examples of the same. In both titles, you have to make several adjustments so that the rate of frames per second remains stable above 60 and, depending on the occasion within each game, the framerate may or may not remain stable. The funny thing about the two games is that they are built on very scalable technology since they have versions for platforms as old as the original Xbox One.

Neither in Halo Infinite nor in Forza Horizon 5 did I have an experience similar to the one offered by the Xbox Series X or Series S. Yes, the frame rate can go higher than 60, but stability is a problem and it is necessary to add resolution allowances or other visual effects.

For its part, Back 4 Blood was the best performing game of the four. In scenarios with many enemies and explosions on the screen, and also playing with three other people, it had no problem with the rate of frames per second and with the visual settings in high quality. Back 4 Blood is a game that visually seems less demanding than the others mentioned, and I would dare to say that, due to the number of enemies on the screen, it is the processor that takes the greatest burden of work.

The games mentioned are from 2021 -except for Control, which despite this is still a kind of benchmark- and the performance is a sample of what the RTX 3050 Ti is capable of, an entry-level card that has support for ray tracing and NVIDIA technologies like DLSS, but clearly one step behind the RTX 3060 or better. And not only in power but also in the amount of memory that prevents activating certain effects in Forza Horizon 5.

There are several versions of the M16, but I have the feeling that this one, in particular, is the least recommended. A good computer, whether desktop or laptop, needs its parts to be balanced. And in this case, an RTX 3060 would be the ideal companion for the rest of the specifications.

This should not be understood as saying that the M16 is not good to play with, because it certainly is. But within its segment, it is difficult to give a blind recommendation because of its video card and, in that case, it would be best to look for a computer with a more capable GPU.