After there had only been hints so far, Asus has confirmed the new PCI-E 5.0 power connection of the as of yet unannounced RTX 3090 Ti. There are also new power supplies from the ROG Thor series. 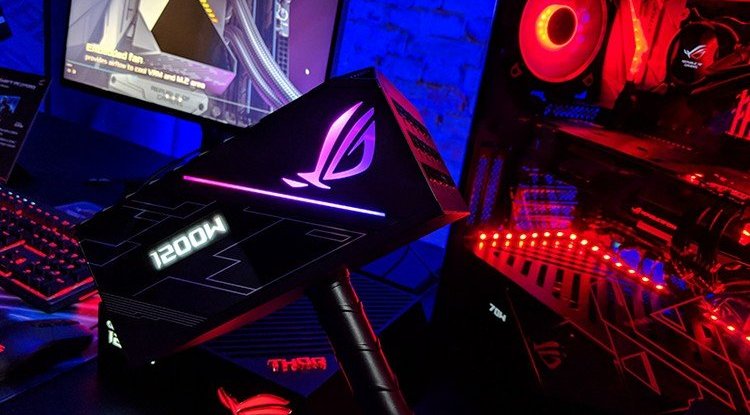 While technical details were left out, the prospect was given that Nvidia's next top graphics card model would use the connector. This is likely to be the Geforce RTX 3090 Ti, which should therefore be the first to benefit from the improvements in performance and compactness compared to the conventional 8- and 6-pin connections.

The announcement came as part of a streamed presentation event for Z690 motherboards, but new ROG Thor power supplies were also introduced, including the ROG Thor 1600 W Titanium and the ROG Thor Platinum II in the 850, 1,000, and 1,200 watts power classes.

These are said to be "compatible with the latest next-generation GPUs" via an enclosed cable and were also developed by Asus' own graphics team, which, according to Videocradz.com, also indicates that Asus will be making its future graphics cards with a PCI Express 5.0 connection.

In the meantime, a Geforce RTX 3090 was used in the presentation as an example of very high power consumption, which accordingly reaches up to 940 watts. According to the announcement, the new Thor power supplies should get along with typical and atypical use without failures.