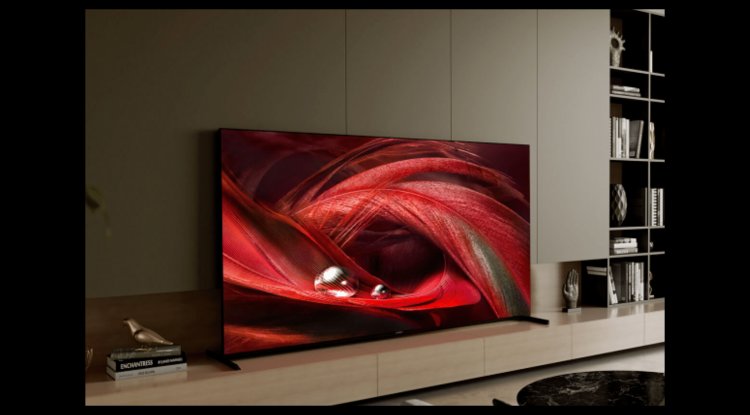 The new Sony Bravia XR-65X95J is another evolution of LED TVs with Full Array backlighting and an advanced XR processor with cognitive artificial intelligence. The XR processor was introduced in last year's models and significantly contributes to image quality. While conventional AI analyzes pixels such as color, contrast, and detail individually, the new XR cognitive processor cross-analyzes multiple elements at once, as does the human brain, adapting the result to human perception as much as possible. The XR cognitive processor divides the screen into numerous zones and detects where the "focal point" is in the image. It also analyzes the position of the sound in the signal so that the sound exactly matches what is happening on the screen. In addition, it converts any sound to 3D surround sound.

However, the processor itself would be a little small. The TV uses a modernized LCD panel with Full-Array LED backlight, which thanks to XR Triluminos Pro and XR Contrast Booster technologies provides a picture with deep black and intense brightness. Reflection resistance has improved compared to the previous generation. Thanks to the XR 4K Upscaling technology, the TV can improve full HD content very well so that you can hardly distinguish it from the native 4K.

The manufacturer does not forget about the players and among the inputs, you will also find a pair of HDMI in version 2.1 with support for 4K 120 fps / eARC. Variable refresh rate (VRR) and automatic low latency (ALLM) modes are promised by the manufacturer, but will only come with a software update. The owners of the latest PS5, for which the TV game mode is best optimized, will be especially pleased. The TV switches to Game mode thanks to the automatic detection of genres when the game console is connected.

The PS5 supports HDR auto tint mapping, which provides excellent and detailed rendering in the highest brightness and dark areas of the image. In addition to the aforementioned pair of inputs, there is another pair of HDMI 2.0b, AV input on a 3.5 mm jack, headphone output, optical S / PDIF, and a pair of USB ports, one with enhanced power for an external HDD. There is also Ethernet and inputs of two tuners DVB-S2 and combined DVB-T2 / C.

Improved XR Sound position technology delivers cinematic surround sound and allows precise sound placement. Sound is one of the TV's strengths, and built-in speakers are all you need to watch TV. Thanks to XR Surround, the processor also adjusts stereo sound and adds spatiality. The TV also supports 360 Spatial Sound Personalizer technology, which in conjunction with a special NS-7 speaker worn around the neck allows full presentation of Dolby Atmos surround sound.

The design adheres to a minimalist style and the manufacturer did not forgo experimenting with legs. These are now located completely at the edges, which in the tested 65 "model means that you need a table to place a 1430 mm wide TV. Larger models with a diagonal of 75 and 85" allow you to place the legs closer to the center, but the 65 "model does not. under normal conditions, it is 20 mm above the table, but the legs also allow it to be lifted by fitting a soundbar under the TV.

Sony has long used Android, so you have access to a wealth of content, applications, and services. In addition, the manufacturer offers its BRAVIA CORE streaming service, which was developed in collaboration with Sony Pictures Entertainment (SPE). In addition, you have, of course, a choice of a variety of streaming services such as YouTube, Netflix, Spotify, and many more. The TV offers quick access to a range of content and services via Google TV and easy connection to most devices, including Apple AirPlay 2 and HomeKit.

The supplied remote control is also worth mentioning. It supports a wireless connection to the TV and the built-in microphone allows you to search or control voice assistants. The controller is all-metal and the buttons are backlit with white light. The backlight turns on automatically when you move the joystick. From the point of view of picture and sound quality, there is not much to complain about. The XR processor is a great asset to the overall image quality. Thanks to the Full LED Array and XR Contrast technology, it provides a deep black and high level of detail in both dark and light places.

At the highest brightness, black does not reach the same value as its predecessor, but subjectively you will notice it very hard. The reproduction of HDR formats HDR10, HLG, and Dolby Vision is also excellent. Thanks to the excellent sound quality from the five speakers, you can do without an additional soundbar.