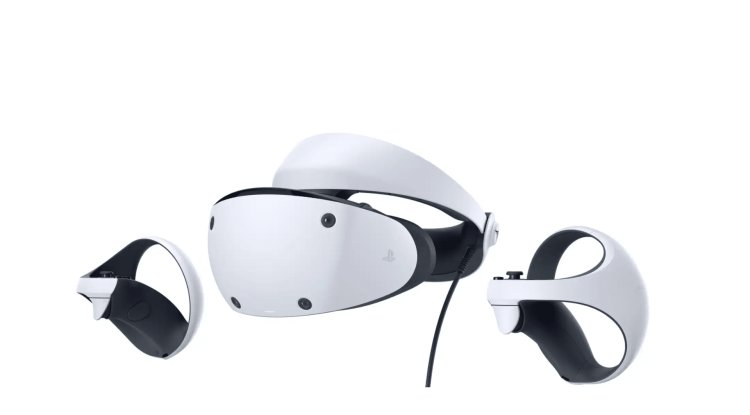 Sony has formally announced the PlayStation VR2 headset in full, along with its newly designed controllers.

Sony previously stated that it was developing a next-generation PSVR headset for release in early 2021, but did not provide technical details at the time. Sony said last month that PlayStation VR2 will include a 4K HDR OLED display (20002040 per eye), a 110-degree field of view, foveated rendering, and 90Hz or 120Hz gameplay depending on the game. We've also heard that eye-tracking capabilities will be included in, potentially by the experts at Tobii.

Sony has now released the redesigned headset design. Sony has chosen an 'orb'-like look for the headset, similar to the first PSVR headset. We can see right away that this is a wired headset, indicating that wireless VR will not be available on the PS5. We can also see the four front-facing cameras that will be used to follow the controllers, eliminating the need for additional sensors in your play area.

The new controllers capture the 'orb' appearance as well, delivering similar functionality to the Oculus Touch controllers, which should be a significant improvement over the existing PlayStation Wand controllers.

"Our objective is to build a headset that will not only become an attractive element of your living room décor but will also keep you engrossed in your game world, to the point where you nearly forget you are using a headset or controller," Sony VP Hideaki Nishino said of the next-generation VR headset.

We'll see how the PlayStation VR2 hardware will be able to cope with competitors such as the Oculus Quest 2, Valve Index, or the high-resolution HP Reverb G2. It will certainly be cheaper than most PC VR competitors, and the advantage will be that you don't have to have an expensive and powerful computer for PlayStation VR2 - a PS5 console is enough.

The price of the PlayStation VR2 has not been officially disclosed, but according to gaming analysts' predictions, it should cost between $400 and $500.

Sony has yet to announce a launch window or a release date for the PlayStation VR2. According to reports, the headset will undergo full production this year, so a late 2022 launch is possible, but it could possibly be postponed to the first half of 2023.

One of the intriguing characteristics of the system with serious capabilities is the tracking of eye movements, which is a highly valuable skill because it would substantially speed up the imaging speed, but the precise technological background is not yet available.

Tobii recently issued a succinct statement in which it agreed with Sony that their technology should serve as the foundation for eye movement tracking in the PlayStation VR2. This is a viable option since Tobii can feel well at home in this market, as they provide a variety of options to meet a variety of needs, including the player sector. However, not even Tobii has offered any solid information; so far, the conciliation has simply been announced.

Regarding the prospective business, keep in mind that the PlayStation VR2 is hardware-based, but businesses like Tobii surely have more experience in the software space, which is why Sony is looking for a partner to keep an eye on.