And the rules are especially loose when it comes to WandaVision, so we decided to investigate the news about the new season of the series, which gathered a large number of fans in a short time. Spoilers about the WandaVision series follow! 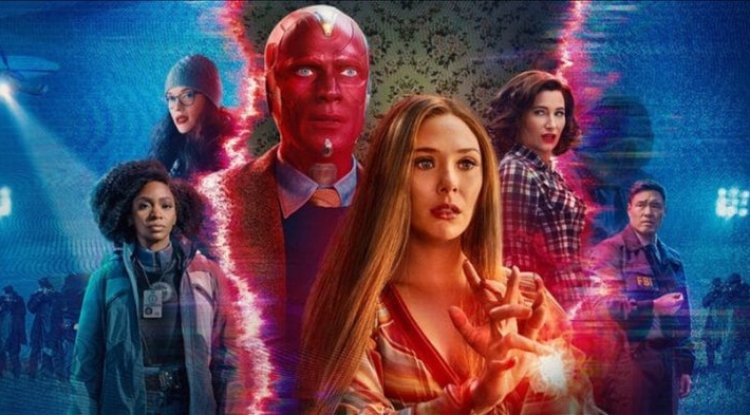 The future of WandaVision is as wild and uncertain as the series itself. But is there a chance that Marvel will continue the story of all the favorite Avengers after the first season?

Marvel boss Kevin Feige is characteristically vague about a potential second season of WandaVision or, in fact, any of the new superhero series.

The end of each series will vary

However, during a conversation with Variety, Feige nevertheless revealed that the number of seasons of each series will vary:  “There are some series that have been created to further expand the stories. We have already announced that Elizabeth Olsen is part of the movie ‘Doctor Strange 2’. We also announced that actress Teyonah Parris is part of the movie 'Captain Marvel 2'. "

What does this mean for WandaVision?

“ There are some series that, although interconnected, are built based on public response… One of the fun things about streaming is that the rules are loose, which allows you to go where you want creatively, ” Feige replied.

And the rules are especially loose when it comes to WandaVision, so we decided to investigate the news about the new season of the series, which gathered a large number of fans in a short time. Spoilers about the WandaVision series follow!

WandaVision's second season release date: When will it return to Disney +?

The second season of WandaVision has not been confirmed, and Elizabeth Olsen is currently filming ‘ Doctor Strange 2’ so, if she were to return to TV, don’t expect new episodes before the end of 2022. Paul Bettany also got a lead role in the drama ‘ A Very British Scandal’, written by Sarah Phelps (‘ Dublin Murders’, ‘The Pale Horse’ ) - so he will be busy with filming. The story will follow the divorce of the Duke (Bettany) and the Duchess of Argyll (Foy), a legal case that raised dust in the 20th century.

WandaVision Season 2 cast: Who will be in it?

Given how much reality fluctuates in WandaVision, it’s still impossible to say who will definitely return in the second season. Given the final episode in which everyone who was in some way attached to Westview was “erased” - including Wanda’s version of Vision and their two children - it’s hard to say. A lot would depend on which story will be played in the new episodes, but for now, here’s a list of all the main actors who could return in a hypothetical second season:

What will be the plot of the second season?

When asked if 'Doctor Strange' and 'Multiverse of Madness' would act as WandaVision's second season, Elizabeth Olsen said: "I guess the answer is that WandaVision could get a second season."
While this is rather vague, it certainly suggests that Wanda will continue to play a larger role in storytelling. ‘ Doctor Strange 2’ is still a long way off, but the 9th episode of WandaVision can help us speculate about what might follow.

The comics have already made us think about the possibility of Wanda becoming an antagonist at some point, mad with her grief and pain. It now seems clear that, like Scarlet Witch, she will play a key role in the MCU as a whole moving forward. The hexagon was destroyed, leaving Wanda alone again in the same place where it all began. Her family is gone (at least for now), and those who were trapped under her spell are now free and quite afraid of her.

When we can expect the second season, whether there will be a second season at all and what the plot will be about is still just speculation, but we are looking forward to new information.